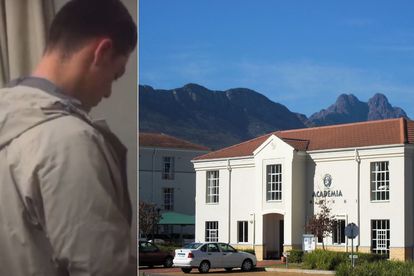 The Cape Town police confirmed that a case has been opened in connection with an incident in which a white Stellenbosch University student allegedly urinated on the belongings of a black student.

The incident, which took place over the weekend, was captured on video by the victim and subsequently spread on social media.

The university said the alleged perpetrator, Theuns du Toit, had been temporarily suspended and removed from his residence, on Monday, 16 May. An internal investigation is underway.

The police confirmed, to The South African, that a 20-year-old complaint opened a case with the Stellenbosch SAPS at 14:30 on Tuesday afternoon.

“Kindly be advised that a 20-year-old complainant open cases of housebreaking unknown, malicious damage to property and crimen Injuria…

The victim, Babalo Ndwanyana, pressed charges on Tuesday after previously saying he would not.

Ndwayana’s father, Mkuseli Kaduka, told eNCA he was disgusted with the incident and the conduct of the alleged perpetrator and his family in the aftermath.

“Had the perpetrator and his family shown that they are remorseful, they would have long by now reached out to us as Babalo’s family and yet nothing like that has happened.

“So I have been pushing for that to happen (criminal charges) so that they can understand the gravity of the situation,” said Kaduka.