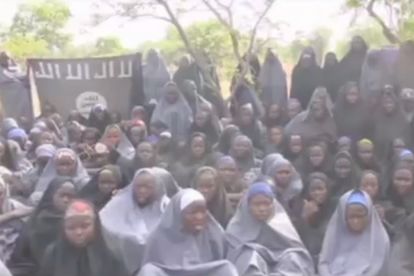 Nigerian terrorist organisation Boko Haram has been steadily gaining the world’s attention in recent months, with shocking images of attacks on schools and innocent civilians gaining prominence in the top stories of current world affairs.

After kidnapping 200 schoolgirls and grabbing world opinion through the lexicon of #BringBackOurGirls, they recently released a video of their newly converted captives, clad in hijabs, being offered to the Nigerian president in return for the release of Boko Haram’s prisoners. The political cards now seem to be stacked in their favour.

In light of Boko Haram’s emerging diplomatic skills, it is worth noting the favourable position in which Abubakar Shekau, the group’s leader, could now find himself. With the weight of global opinion pressing down firmly on Goodluck Jonathan, Boko Haram has stood up to eye-level with the Nigerian president, in the wake of Nigeria’s election season.

Regardless of the outcome, the militant group has bolstered its level of international attention tenfold and has alerted the world to its presence. Everything it uploads will be seen by hundreds of thousands, with leaders such as David Cameron and Michelle Obama, among others, offering their public support, not to mention resources.

On the one hand, if Nigeria were to fold and accept (or even discuss) the offer of releasing Boko Haram’s prisoners, not only would it be twisting the arms of the West by negotiating with terrorists, but it would also confer legitimacy to what has been dubbed by the world a barbaric and ruthless terrorist organisation.

On the other hand, if Nigeria looks the other way, Jonathan will burn under the heat of global and national discontent and potentially usher away his hopes of re-election. It wasn’t long before the Nigerian public were showing discontent towards the government for its failure to find the girls, and the presence of British assistance further contributes to the perception of an incapable state. Placed alongside rising domestic and international condemnations for high levels of corruption, Goodluck’s election campaigners have some serious work to do.

It is also worth noting the potential gains for Boko Haram with either decision capable of delivering profound benefits. The strategic release of the schoolgirls would lead to a better standing among the international community, and a reinforced militancy, bolstered by the release of their prisoners, would provide a more legitimate and powerful platform from which they could challenge power. The more the world studies and watches them, the more they become a legitimate entity in the political sphere.

Conversely, the public execution of any of the girls would equally raise its profile, and achieve what any terrorist organisation sets out to do, whatever its goal may be. On this political table, in the oil-rich heat of Nigeria’s fruits of office, Boko Haram deals a powerful card, and the world is most certainly watching.

Boko Haram expresses goals of creating an Islamic state under the administration of Sharia law, and violence typifies its opposition to the forces of westernisation, especially in education. They are an evolving radical group and they don’t seem to be going anywhere soon. It appears that they could gain a lot from this.