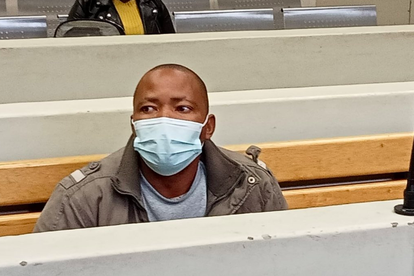 Just a few days ago, the body of a woman was found inside her Butterworth home underneath the bathtub. Yes, you read that right. The woman’s husband, who reported her missing two years ago, appeared in the Butterworth Magistrate’s Court on Wednesday 1 September 2021 for her murder.

The husband, who can now be named since his court appearance, is known as 43-year-old Yibanathi MacGyver Ndema. According to the National Prosecuting Authority (NPA), he is facing two counts; one of premeditated murder and that of defeating the ends of justice.

“It is alleged that Ndema killed his wife, Noluvuyo Nonkwelo, 36, at their marital home at Zingqayi area in the district of Butterworth on 1 July 2019. On 3 July 2019, he reported his wife as a missing person to the police, even though he knew that was not true,” said Luxolo Tyali, NPA Regional Spokesperson.

As previously reported by The South African, police were alerted by a family member who was suspicious about the family bathtub which was no longer mounted on the surface.

“He was arrested on Monday after human remains, believed to be that of Nonkwelo, were found buried underneath a bathtub in the bathroom of the house the couple shared,” added Tyali.

SUSPECT WISHES TO BE RELEASED ON BAIL

During Wednesday’s court appearance, Ndema elected to be represented by an attorney from Legal Aid South Africa and indicated that he wishes to be released on bail.

“Prosecutor Masixole Mamve applied for the matter to be postponed for formal bail application and further investigations. The state is opposing bail and the case has been postponed to 10 September,” said Tyali.