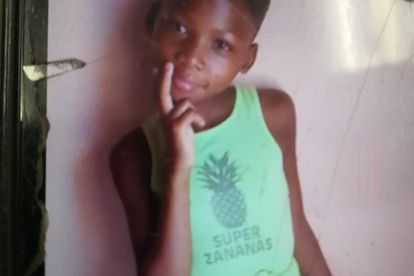 The body of 11-year-old Relebogile Segami, who was reported missing, was discovered dumped in the veld on Thursday evening.

THE GIRL WAS MURDERED BEFORE ANYONE COULD FIND HER

According to police spokesperson Captain Olebogeng Tawana, the adorable Segami was reported missing was last seen on Wednesday, 30 March 2022

SHE WAS LAST SEEN ALIVE ON WEDNESDAY

“According to the report her friends left her in the vicinity of Kagisho area. She was wearing a black short top and grey shorts.”

But sadly, she was murdered before anyone could find her.

A 24-YEAR-OLD MAN WAS ARRESTED AND CHARGED WITH MURDER

“The body of 11-year-old Relebogile Segami, who was reported missing, was discovered dumped in the veld behind the Northern Cape Provincial Legislature building.

“The discovery was made at approximately 17h50 during an intensive multi-disciplinary search by the Galeshewe FCS unit, Kimberley K9 unit, Galeshewe Visible police, and Kimberley Search and Rescue Team,” Tawana said.

He furthermore said a 24-year-old man has been arrested and charged with the murder of Segami. He is expected to appear in the Galeshewe Magistrate’s Court soon.

The investigating officer Lt Col Marli Strydom can be contacted on 082 495 061 or contact Crime Stop on 08600 10111. All information shared shall be treated with the strictest confidentiality.

When a person goes missing, it is of the utmost importance for the SAPS to fulfill our mandate to serve and protect the citizens of South Africa. It is essential to take steps and start the investigation into a missing person’s case immediately.

You can assist the SAPS when reporting a missing person by following these steps: