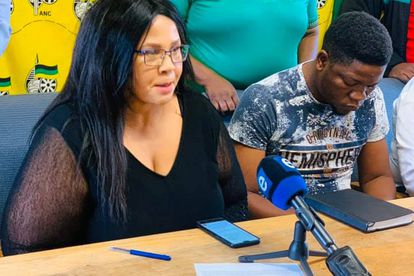 Here’s something you don’t see every day. The wife of the deceased former Nelson Mandela Bay Mayor Momgameli Bobani, has ditched her husband’s party (the UDM). In an event on Friday, the ANC welcomed her with open arms. Mongameli Bobani, who was elected mayor of the metro in 2018 to lead a coalition government, died of COVID-19 in November 2020

Xoliswa Bobani had been a UDM member since 1997. But she wasn’t the only UDM member in Nelson Mandela Bay jumping ship this week. Senior party member in the province, Thanduxolo Dzedze, has also joined the ANC. According to Bobani, the UDM chapter is now a fully closed one.

Mongameli Bobani took charge of the metro after the DA, EFF and UDM all fell out. Bobani has since been linked to a R25 million fraud and corruption case.

The DA’s Nqaba Bhanga was sworn in as mayor towards the end of last year. And since then, the DA has put the majority of its campaign focus on the metro. The party says that it stands a great chance of securing a 50% +1 majority, and if it doesn’t, the ANC and EFF will come together and form their own coalition.

In fact, the DA is so set on securing a majority in the metro, it has said that it will go into a coalition with any party other than the EFF, everywhere else, except in Nelson Mandela Bay. So while the blue party wants to go at it alone, will it be able to get enough votes to make history? If it does, NMB will become the first metro outside of Cape Town, that the DA has secured a majority in.