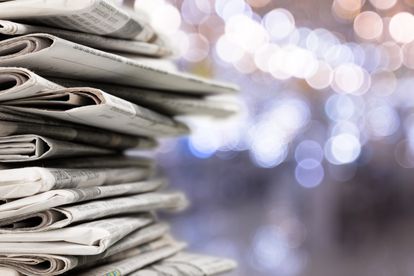 Government Communication and Information System (GCIS) and South Africa’s media industry will commemorate the 44th anniversary of Black Wednesday in memory of the events that took place on 19 October 1977.

On this day 44 years ago, the apartheid government banned independent media and jailed a newspaper editor to cover up the regime’s brutal killings.

A DARK DAY FOR MEDIA FREEDOM

The World and Weekend World newspapers were banned and the editor of The World, Percy Qoboza, who became the editor of City Press in 1984, was taken into detention along with other journalists.

“The media is an important partner and stakeholder of government and the GCIS confirms its commitment to upholding media freedom. The GCIS welcomes regular interactions with the media and formations such as SANEF, the Press Club and the Press Gallery to share ideas and information of issues of national importance,” said Phumla Williams, the Director-General of GCIS.

Williams said that this year’s Black Wednesday coincides with South Africa’s drive to vaccinate the population against COVID-19 so that a sense of normalcy can return and the economy can grow.

“The press has been at the forefront since the start of COVID-19 and is a key platform in conveying credible and factual information about COVID-19 to the public. South Africans are urged to get their information from bona fide media and credible sources and shun fake news and misinformation, which seeks to derail the country’s efforts to fight the pandemic,” said Williams.

DAY TO REFLECT ON MEDIA FREEDOM IN SA

Black Wednesday is a day set aside to reflect on and discuss media freedom.

South African history bears testament to the need for ongoing discussions on media freedom and the realisation of the critical role media plays in strengthening democracy.

Williams said any form of threat to the freedom of the media, is an attack on South Africa’s democracy,

“Therefore, we all play a role in protecting our hard fought for democracy. Government also thanks all the journalists who have worked tirelessly to ensure the public is kept abreast of the developments related to the pandemic and remember those that have lost their lives, whilst bringing the stories to our homes,” she said.