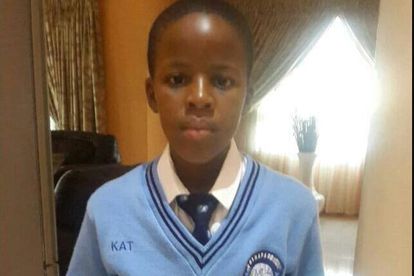 A Bitcoin Kidnapping? The power and positives of technology also come with many dangers. The kidnapping of a 13-year-old from Witbank has shown that again clearly.

Mpumalanga police have confirmed that Katlego Marite was snatched on Sunday afternoon as the criminals left behind a ransom note that no one would have expected.

The child was playing with his two friends outside in eMalahleni, previously known as Witbank. A car pulled up, grabbed Marite and left a piece of paper demanding a payment of the cryptocurrency Bitcoin.

“While playing, a gold Toyota Corolla with three occupants stopped next to them. One of the men, who was dressed in black, with a green jacket, grabbed the victim to the vehicle (sic) before driving off with him. Katlego’s friends ran to his mom and told her about the ordeal. She, in turn, reported the incident to the police.”

A case of kidnapping has been opened and the police have also confirmed that Marite’s parents were not even aware of Bitcoin.

“This is a kidnapping! We have your child. Your child will not be harmed if the following demands are met:

Do not involve the police, we are monitoring all your communications and movments.

We demand ransom of 15 bitcoins to be paid to the below Bitcoin wallet to secure your child’s safe release.”

The note goes on to demand that “at least” one of the Bitcoins be paid before midnight 21 May. The note concludes by claiming that the child will be “hanged and decapitated” if no payments are made.

While Bitcoin has surged into the mainstream over the last year or so, the majority of the globe knows next to nothing about the currency. Let’s not forget that some people are still adamant that Bitcoin is a “waste of time” while others have labelled it the “future of trade”.

Police have called on anyone with information that might assist in the investigation to contact Captain Africa Nyathi at 071 352 6007 or call Crime Stop on 08600 10111.