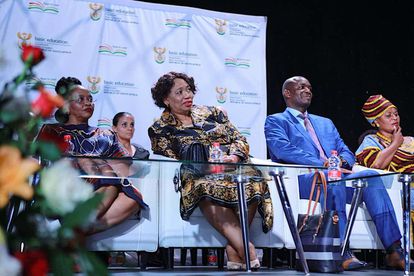 It’s been a record-breaking evening for our school leavers. The combined pass rate for the yearly matric results have surpassed the 80% mark for the first time. However, some places have performed better than others, and a few provincial report cards will read; “must do better”.

The official matric results for the Class of 2019 were revealed, after Education Minister Angie Motshekga addressed the media on Tuesday evening. The 800 000-plus matriculants who passed this year ended up with the highest-ever pass rate, totalling 81.3% across the country. We’ve broken it down into regional terms.

Matric results by pass-rate for 2019

Eight of the nine South African provinces saw an increase in their overall pass rates. However, complacency seems to have got the better of Gauteng. The most densely-populated region in South Africa was the only province to show a decline, and in turn, conceeded its spot at the top of the table.

Free State is now the best performing province by pass rate. The top three is completed by a resurgent North West, who saw a massive improvement of 5.6% to climb up the standings. Western Cape has to settle for fourth, whereas KwaZulu Natal and Mpumalanga managed to smash the 80% barrier.

The bottom three is made up of the Eastern Cape (7th), Northern Cape (8th) and Limpopo (last in 9th). However, take nothing away from EC: They were the biggest improvers of the lot, seeing their pass rate soar up to 76.5%. Both NC and Limpopo can also claim a district in the top-10 best individual performances, so every cloud…

Matric results – who did the best?

Meanwhile, six of the top performing districts were from Gauteng and two are from Free State. North West and the Northern Cape can claim one spot apiece, but the WC misses out on the top 10.

Here are the best performers from each region: