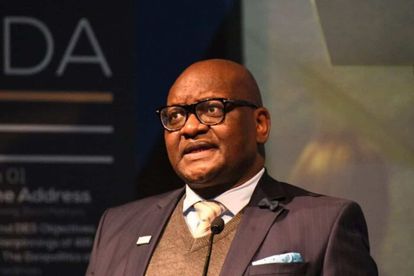 Gauteng Premier David Makhura is adamant that the killing of an official from the provincial health department, Babita Deokaran, had everything to do with her involvement in unravelling personal protective equipment (PPE) tender corruption.

Makhura was speaking at a candlelight vigil that was held for the whistle-blower at the Mary Fitzgerald Square in Johannesburg on Thursday evening, 26 August 2021.

Deokaran, who served as the department’s chief director of financial accounting and occasional acting CFO, was one of the main witnesses in an investigation looking into PPE corruption in the province.

She was shot outside her home in Winchester Hills, south of Johannesburg earlier this week, in a suspected hit. Deokaran later succumbed to her injuries in hospital.

All this comes as police have already made a breakthrough in Babita Deokaran’s killing, having arrested seven people.

“The case docket has been transferred to the Directorate for Priority Crimes Investigation for further investigation. There is a possibility of more charges being added to the charge of murder when the suspects appear in court soon,” Police spokesperson Brenda Muridili said.

Makhura has commended police for the arrests and further paid tribute to Deokaran.

“We have lost an upright public servant and I am pleased that SAPS has acted swiftly in arresting the suspects in the murder case of Ms Doekaran. I believe that police will uncover the masterminds behind this horrific crime,” he said.