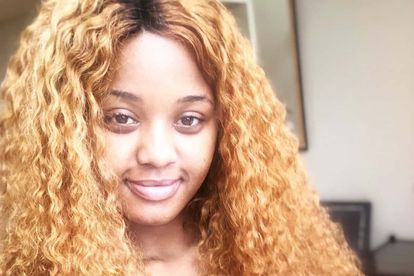 Bongekile Simelane — otherwise known popularly as Babes Wodumo — left the Durban Magistrate’s Court as jolly as jelly after assault charges lodged against her, her sister, Nondumiso Simelane, and fellow musician-friend Tipcee, were withdrawn.

As reported by Times Live, prosecutors representing the plaintiff, Nelisiwe Zulu, told the court that the matter between the two parties has been resolved through an alternative dispute resolution.

Why was Babes Wodumo assault charge gets dropped?

In March, Zulu accused Babes, her sister and Tipcee of assaulting her at a guesthouse in Umbilo, Durban.

Interestingly, the incident allegedly happened on the same day a video of Babes being beaten up by her partner, Mandla “Mampintsha” Maphumulo went viral.

This is around the same time it was presumed that the Gqom superstar was recovering from the wounds she’d incurred in her fight with Mampintsha earlier that day.

Alas, after a couple of court appearances, National Prosecuting Authority spokesperson, Natasha Kara, revealed that the case has been stricken off the roll.

“The matter or the charges against the accused were withdrawn. This is because the complainant and accused have come to some sort of resolution through ADR,” she said.

What’s the latest between Babes and Mampintsha?

Details of the settlement between the accused and Zulu have not been made public, and at this point, there is very little the State can do.

A Jubilant Babes, with her mates following closely behind her, danced her way out of the court. This is not her last rodeo with the courts, however.

She has yet to appear, in June, on the common assault charge between her and Mampintsha. If the recent activity shown on social media involving the two is anything to go by, then one would guess that this case too will likely be withdrawn.