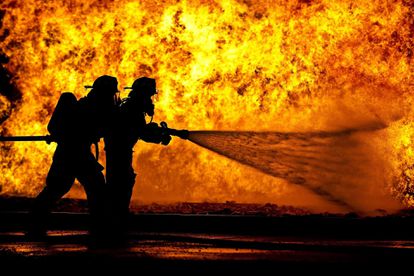 Image by skeeze from Pixabay

Image by skeeze from Pixabay

Cape Town’s firefighters are again in the firing line for all the wrong reasons.

In yet another of a long line of attacks on them by the people they have sworn to protect, two of the city’s firefighters have been ambushed and assaulted while responding to what turned out to be a fake call-out.

They pair were attacked in the early hours of Saturday morning in Wallacedene, an informal housing settlement on the eastern outskirts of Cape Town.

Accosted and were robbed

“The crew from Brackenfell responded to a call about a fire and, on arrival, two of them made their way between the structures to investigate the source of smoke they were seeing,” explained the Mayoral Committee Member for Safety and Security, JP Smith.

“They were accosted by three men who threatened them at gunpoint and robbed them of their belongings, before assaulting them,” he said. Both firefighters had to receive treatment at hospital after their assault.

It subsequently transpired that there was no fire in the area and the call was a ruse to lure them to the scene.

“Attacks on the City’s frontline staff are becoming all too commonplace, especially our firefighters. These officers provide a lifesaving service and every incident of this nature chips away at the trust between the fire service and the communities they serve,” said Smith.

In a separate incident last month, another member of the Cape Town Fire Service was threatened with a firearm and robbed of a radio whilst at a fire call in Khayelitsha.

According to media reports, the crew still continued their work, extinguished the fire and then went to the police station to lay charges.

“These deplorable actions are the work of cowards who show no consideration for their neighbours or the men and women who put their lives on the line fighting fires,” Smith said at the time.

In yet another incident, protestors in Khayelitsha attacked firefighters on the morning of 21 July, leaving a vehicle damaged.

The firefighters were on their way to a blaze at informal dwellings when they were surrounded and stoned.