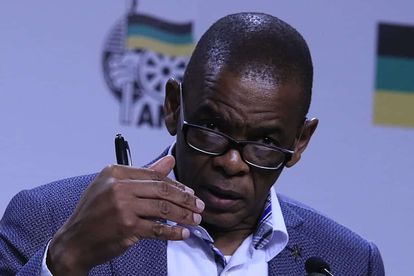 A warrant of arrest has been issued for suspended ANC secretary-general Ace Magashule’s former personal assistant Moroadi Cholota, for her alleged role in the multi-million rand asbestos case.

The state revealed in the High Court in Bloemfontein that Cholota, who is believed to be studying in the United States (US) is no longer a state witness and has been added onto the list of suspects. Now officials are in the process of bringing her back to South Africa to face trial.

Magashule and at least 15 other co-accused face charges of corruption racketeering and money laundering – in relation to a lucrative asbestos tender that was found to be unlawfully awarded when he was still Free State premier.

Magashule’s former assistant not co-operating with the state

State prosecutor in the asbestos case, Advocate Johan de Nysschen told the court on Wednesday that he had no choice but to sign an warrant of arrest for Cholota. De Nysschen says this is because she was not being co-operative with them.

“Under the circumstances, I had no choice but to sign a warrant of arrest for her. We are in the process of getting her back to SA. She is a suspect and soon to be an accused in the matter. If we cannot get her timeously, the state will have no choice but to proceed without her,”

Here’s how Ace Magashule fits into this scandal: At the time, he was still the province’s premier – he is alleged to have condoned and accepted a number of gratifications on behalf of others from Ignatius “Igo” Mpambani, the late owner of Diamond Hill Trading, one of the two companies that were irregularly rewarded the contract. The payments total over R1 million, including R300 000 for tablets and R53 000 towards the tuition fees for the daughter of an acting judge.