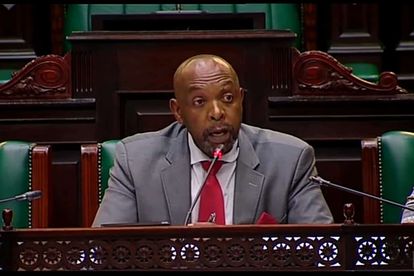 Smith appeared before the Palm Ridge Magistrates Court on Thursday, 01 October 2020, merely hours after was arrested by the Directorate for Priority Crime Investigation (DPCI), also known as the Hawks. The matter has been postponed to 14 October 2020.

He faces charges of fraud and corruption.

The matter is in relation to allegations he received hundreds of thousands of rands in bribes from African Global Operations, formerly known as Bosasa.

Angelo Agrizzi is his co-accused

Smith has admitted to receiving as much as R670 000 from Bosasa’s former Chief Operating Officer (COO) Angelo Agrizzi, who dropped bombshells at the State Capture Commission of Inquiry in January 2019.

It has also been revealed in court that Agrizzi is his co-accused in the matter, however he was not handcuffed as he is currently in hospital.

Smith served as Chairperson of the Parliamentary Portfolio Committee on Correctional Services, this was between 2009 and 2014. In 2009 the Special Investigating Unit (SIU) found that former correctional services officials Linda Mti and Patrick Gillingham received gifts in exchange for helping Bosasa bag several multi-million rand contracts.

The senior ANC official appeared before the state capture commission where he admitted to receiving the money but said it was a loan to pay for his daughter’s tertiary education.

A company called Euro Blitz 48, of which Smith was the sole director, was used to process the loan, is accused number two in the matter.