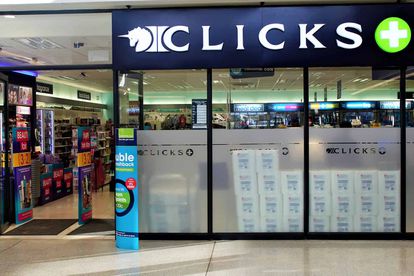 Due to the “racial insensitivity” of the campaign and the outrage it caused on social media, the Economic Freedom Fighters (EFF) — as promised — shut down multiple Clicks stores across the country on Monday 7 September. Two stores were also petrol bombed, one in Mpumalanga and one in Limpopo.

The ANCYL, in a statement, said racism and discrimination towards Africans in general, and African women, in particular, must be confronted with the highest contempt it deserves. It said the South African advertising industry must be taken to task on its portrayal of black women in their media products.

“We equally condemn the violent actions by the EFF of vandalising and burning down Clicks stores across the country. The actions by the EFF are nothing more than a display of a populist stance, with no meaningful solutions that will forge a non-racial and inclusive society envisioned by the ANC. The EFF must be held accountable for their violent actions as the perpetuation of such breeds a lawless society,” it said.

YOUTH LEAGUE CALLS ON SAHRC TO INVESTIGATE CLICKS AND UNILEVER

While the ANCYL accused its eldership of lacking “the agility, energy and vibrancy in taking up people’s struggles,” particularly those of young people in South Africa, it said it needs to take the matter up with the South African Human Rights Commission (SAHRC).

The ANCYL called on the (SAHRC) to investigate the racial violations caused by, not only Clicks as the retail store responsible but also the Unilever Group to ensure they are held accountable for their “unacceptable actions”.

“We will also request the SAHRC to investigate the checks and balances in the South African advertising industry to assess how such racist advertisements were approved by their regulatory bodies,” it said.

The ANCYL said that as we mark 26 years of our democracy, we must confront any remnants of social superiority and discrimination whenever it seeks to undermine our democratic project and our pursuit to build a non-racial South Africa.