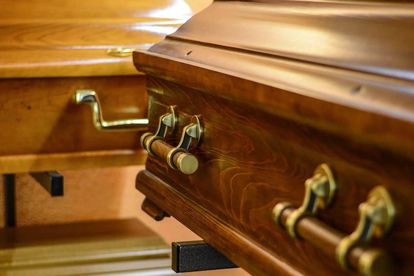 The Inkatha Freedom Party (IFP) has slammed the African National Congress (ANC) for inequalities relating to funerals, saying the level of ambiguity in its leadership is beyond illogical, “a joke to be precise.”

The IFP’s spokesperson on community safety and liaison Blessed Gwala accused the ANC-led government of bending the COVID-19 national lockdown regulations during the funerals of its leaders and celebrities.

Under Level 3 of the lockdown, the regulations stated that no more than 50 people were allowed to attend a funeral service.

Gwala released the searing statement on Thursday 16 July a day before the funeral of the Zindzi Mandela-Hlongwane, the daughter of struggle stalwarts, former president Nelson Mandela and Winnie Madikizela-Mandela.

Zindzi died on Monday 13 July with her family confirming that the former ambassador to Denmark had tested positive for COVID-19.

She was buried next to her mother at Fourways Memorial Park In Johannesburg.

“Contrary to these regulations, we have seen the emergence of ‘aristocratic’ funerals, where ANC leaders and some celebrities are given preferential treatment. We have witnessed certain individuals receiving proper burials – holding funeral services, sometimes with more than 50 people attending the service – while ordinary citizens are receiving pauper-like burials.”

He said ordinary citizens were buried with coffins wrapped in plastics, with relatives prohibited from being in close proximity of the graveyard.

Infuriated, Gwala ordered the government to “practice what they preach.”

“(The gazetted regulations state that) burial services should not exceed two hours to minimise exposure and attendance at a funeral is limited to 50 persons applicable to all funerals.”

“Health protocols and social distancing measures must be adhered to, in order to limit exposure of persons at the funeral to COVID-19.”

Gwala said he has seen a ‘select few families’ paying befitting tributes, and offering closure to their loved ones, while it was the opposite for ordinary citizens.

“At these ‘aristocratic’ funerals, coffins are laced with orchids and lilies, with top-of-the range decorations. Their family members do not undergo quarantine, but attend the funeral service. This is not only a health hazard, but also a safety concern for the citizens of the country.
We have seen pictures of ANC top leaders taking photographs without adhering to social distancing. All this is splashed across the media and social networks,”

He launched a broadside at the ANC, saying the party should be ashamed of itself for this divisive trend when it comes to funerals in different communities.

“People are not fools. Laws should apply to and be respected by everyone – and these regulations were created to ensure the safety of our mourners. We call upon the ANC government to practice introspection, and to realise the need to act responsibly and lead by example,”

Gwala declined to mention the funerals which be believed were given preferential treatment, saying it was all in the glare of the public for everyone to see.