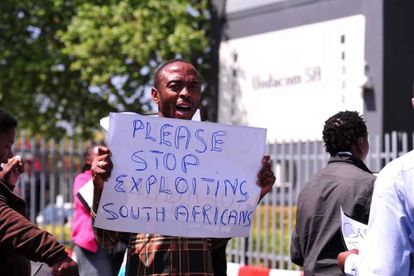 In a statement released on Twitter on Friday, The African National Congress (ANC) has called for the urgent lowering of data costs.

How do South Africa’s data costs compare to the rest of the world?

#DataMustFall has been a sentiment that every South Africa shares. Compared to its BRICS colleagues, as well as Kenya and Australia, South Africa has the second highest data prices. This is according to a research report released by Tariffic.

Tariffic revealed that the analysis showed that

“once prices were converted to rands and rebased for the Cost of Living, South Africa was consistently the second most expensive for 1GB, 2GB and 3 GB data contracts, with Brazil being the most expensive in all three cases.”

In essence, according to Tariffic,

“data prices for South Africa were on average 134% more expensive than the cheapest prices in the group.”

The ANC believes that the high cost of data excludes the majority of South Africans from enjoying the benefits of the digital economy.

In their statement, the ANC further went on to implore the government to take urgent action in correcting these measures:

“The ANC encourages government to take urgent steps to ensure full implementation of all policies and regulations in support of the #DataMustFall campaign, working together with the Regulator (ICASA) and all mobile operators in our country.”

The ANC also indicated that the reduction of data costs could be key to unlocking job creation opportunities and addressing South Africa’s alarming unemployment rate.

The governing party empathised with the constraints mobile operators are challenged by when trying to lower their costs. There appears to be a solution that the ANC will introduce soon:

“The release of spectrum international mobile telecommunication services (INT-Advance) is expected to also resolve most of the constraints experienced by mobile operators and also accelerate the rollout of broadband networks in rural areas, particularly the wholesale Wireless Open Access Network (WOAN) earmarked in the policy.”