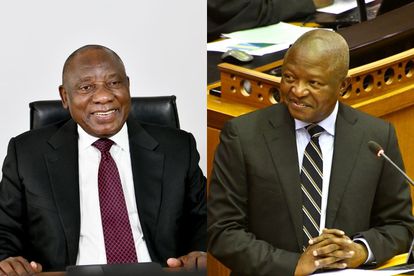 The ANC is offering interested parties the oppurtunity to dine alongside the President for a substantial fee, of course. Image: GCIS/ Flickr

The ANC is offering interested parties the oppurtunity to dine alongside the President for a substantial fee, of course. Image: GCIS/ Flickr

Fancy rubbing shoulders with the ANC elite? Well, now is your chance but be prepared to fork over a substantial sum for the honour. A ‘titanium package’ seat next to ANC President Cyril Ramaphosa at the party’s gala dinner is set to set you back a staggering R1.2 million.

The event, set to take place in Polokwane, serves as part of the run up to the ANC’s January 8 celebrations. The ruling party has a number of options available for guests who wish to dine alongside ANC titans, with varying price tags attached.

For instance, sitting next to Deputy President David Mabuza will cost R1 million a seat. Furthermore, a seat next to ANC national chairperson Gwede Mantashe and treasurer-general Paul Mashatile will cost R95 000.

The ANC usually hosts events in conjunction with its anniversary celebrations, but the gala dinner is certainly the most exclusive. For guests who want a cheaper option after the festive season’s expenses, R25 000 will see you seated with an MEC or Deputy Minister.

Interestingly, the R10 000 ‘nickel’ package will see you wining and dining with an individual dubbed a ‘distinguished guest’.  However, if you still aren’t satisfied with the cost involved a single seat will set you back just R5 000.

The gala dinner is certainly a star studded method of attempting to fill up ANC coffers that have taken a knock this year. ANC employees have been left in the lurch this festive season with the ruling party struggling to cover salaries.

Mashatile, commenting on the matter, chalked the shortfall in party funds up to a lack of donations. Nevertheless, whilst the elite dine in luxury some ANC comrades are surely feeling irked by the celebrations.