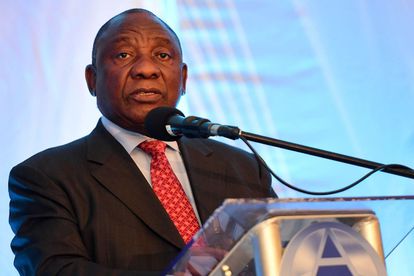 The third instalment of the State Capture Inquiry report has seen the ANC and President Cyril Ramaphosa placed in the spotlight.

The UDM party has made it clear that it doesn’t support the ruling party managing a situation that transpired under their watch. Leader Bantu Holomisa commented that:

“The United Democratic Movement welcomes the publication of the additional volumes of the Judicial Commission of Inquiry into State Capture ( Zondo Commission) Reports. Since the ruling party and some of its leadership play centre stage in these reports, there can be no doubt that there will be no political will in government to give expression to the Zondo Commission’s findings and recommendations.”

External body, not ANC, should act on Report

The UDM has, instead, suggested that an external body and not the ANC should ultimately govern the response to the findings put forward by the Zondo Commission.

“The UDM believes it would be advisable to have an external body, composed of all political parties and other stakeholders to be mandated to take over this task. The Mpati Commission’s findings and recommendations should be treated in the same manner.”

Holomisa accused the ANC of benefiting from rampant looting whilst other parties were forced to struggle.

“The African National Congress and some of its leaders have been beneficiaries of this looting, they have been bankrolled by Bosasa, as well as through the systematic pillaging of our SOEs. No-one in the ruling party can say that they did not know. This whilst other parties had to scratch the bottom of the barrel to compete on an unlevel playing field.”

Holomisa furthermore condemned the delay in Ramaphosa’s response to the Inquiry’s findings.

“We cannot wait until October for President Ramaphosa to apply his mind. He does not qualify to hold the country at ransom until then as he was part of the machinery that benefited from the looting. The UDM calls for the leaders of all opposition parties in Parliament to meet as soon as possible to discuss the matter and come up with a concerted response and plan of action.”

“The #ComradesInCorruption cannot preside over the implementation #ZondoCommission’s findings & recommendations. Opposition leaders must meet to discuss the matter ASAP.”