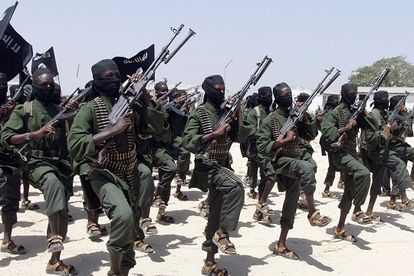 Survivors of an attack by armed groups in Mozambique said white contractors were prioritized over local black people during a helicopter rescue operation.

Amnesty International interviewed 11 people who sought refuge in the Amarula hotel in Palma, Mozambique. The organisation released a report of witness accounts on Thursday, 13 May.

AROUND 20 WHITE PEOPLE AND 200 BLACK LOCALS

An estimated 220 people sought refuge in the Amarula Palma Hotel during an attack on 24 March. Of these, around 200 were black nationals and around 20 were white contractors.

According to the report white contractors were prioritised to be airlifted to safety while black nationals were left to fend for themselves.

“After the majority of the white contractors and a few well-off black nationals, among them the Administrator for Palma were rescued, those left behind attempted to flee by ground convoy but were ambushed by Al-Shabaab,” said Amnesty International.

‘WE DIDN’T WANT ALL WHITE PEOPLE TO BE RESCUED’

Deprose Muchena, Amnesty International’s Regional Director for East and Southern Africa, said the allegations of racism should be investigated.

“These are alarming allegations that the rescue plan was racially segregated, with white contractors obviously receiving preferential treatment.

“The total lack of co-ordination between the Mozambique security forces and Dyck Advisory Group resulted in evacuations that were racist, and must be thoroughly investigated,” said Muchena.

Dyck Advisory Group (DAG), a private company hired to help the government fight the militants and which was involved in the rescue operation, rejected the allegations.

DAG founder Lionel Dyck told AFP in a texted response that the allegations were “not at all accurate”.

According to a survivor, they were afraid if all white people left they would not be rescued.

“We didn’t want all white people to be rescued, because we knew that if all the whites left, we would be left there to die. We heard them talking about the plan to take all the whites and leave the blacks.”

DOGS WERE ALSO ALLEGEDLY FLOWN OUT

According to witnesses, the Amarula hotel manager took advantage of the chaotic situation to take his two German Shepherd dogs to safety via helicopter and leaving people behind.

“If the dogs hadn’t gone, about two or three more people could have gone on the helicopter. That dismayed people because some women didn’t get in the helicopter because of the dogs,” said a survivor.

In a meeting with Amnesty International on 7 May, the Mozambique Ministry of Defence said they could only speak about rescue missions that their own forces had conducted in Cabo Delgado, and that race was not a factor in their response.

READ: Racism has a disturbing physical impact on the body: Here’s how