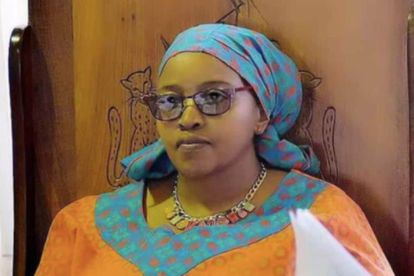 President Cyril Ramaphosa has expressed his profound sadness at the passing of Her Majesty Queen Noloyiso Sandile, Regent of the Royal House of the amaRharhabe.

According to the presidency, the amaRharhabe has been an independent sovereign kingship since the 18th century. Its status was affirmed by a 2016 North Gauteng High Court judgment, overturning an earlier decision by the Nhlapo Commission.

Ramaphosa described Queen Noloyiso Sandile as “a bastion of traditional values and an inspiring and principled leader of her people.”

The president also extended his deepest condolences to the Royal Household, amaRharhabe and the broader traditional communities and society.

“Queen Noloyiso played a significant role in the affirmation of traditional values and leadership in South African society at large, and in the development of her kingdom and the Eastern Cape more broadly,” said Ramaphosa.

“Under her able leadership, the amaRharhabe firmly grasped the nettle of change and adapted to the demands of modern society, all the while holding proudly to their history, traditions and identity,” he added.

The President lauded Queen Noloyiso Sandile as a champion of rural women who challenged patriarchy in her community and gave a voice to its female constituents.

“At a time when we face a grave public health emergency in the form of coronavirus, Queen Noloyiso actively mobilised support for the national effort to combat the pandemic, including calling on communities to halt traditional initiations,” Ramaphosa said.

“The united stand taken by the seven kingdoms in this regard was a critical intervention to save lives, and we owe a debt to the Queen for the role she played. We join the Great Place of Mngqesha and amaRharhabe in mourning her passing; at the same time, we pay tribute to her for her deep and unwavering commitment to the upliftment of her people and to her country. May her soul rest in peace,” added Ramaphosa.

SERVED WITH COURAGE AND HUMILITY

The Democratic Alliance (DA) in the Eastern Cape also expressed shock and sadness at the death of Queen Noloyiso Sandile.

“She was passionate about the development of women in rural areas, led initiatives to fight HIV/Aids and poverty, and dedicated her life to fight violence against women and children,” said Bhanga.

The DA said Queen Noloyiso Sandile’s outstanding leadership in the battle to restore the status of AmaRharhabe as a recognised kingdom in South Africa can only be equalled by the heroism of her forebears such as King Shaka kaSenzangakhona and King Cetshwayo kaMpande.