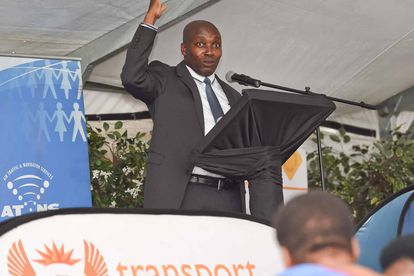 It’s another critical day for the African National Congress (ANC) as the eThekwini Municipality council to elect a new mayor, deputy and exco (executive committee) members on Wednesday, 24 November 2021. The ANC has already lost THREE metros in Gauteng – Ekurhulenim Johannesburg and Tshwane and by the looks of things, will likely not govern in eThekwini either.

Proceedings descended to chaos on Monday as councillors hurled insults and threatened all kinds of violence towards each other. The sitting had to eventually be postponed due to an electricity outage.

Who will eThekwini’s new mayor be?

The DA’s Nicole Graham looks set to become eThekwini mayor, especially after the IFP withdrew its support for the party. During Monday’s sitting, the IFP abstained from voting when the ANC’s Thabani Nyawose was elected speaker in the council. Meanwhile the ANC’s candidate Mxolisi Kaunda is hoping to bag another term – but given the hand dealt to his comrades in Gauteng, he probably has his doubts about retaining the mayoral chain.

Graham, who is the DA caucus leader in the council, wrote to Nyawose, seeking assurance that the Wednesday meeting ends off on a more smoother note. She wanted to make sure security measures have been put in place, in case things get out of hand again.

“The eThekwini council inauguration yesterday fell into chaos after the meeting was disrupted by councillors, a mob of ANC supporters who broke into the venue and an electricity failure. It is widely thought that this failure may have been deliberate. The generator at Moses Mabhida Stadium has reportedly not been serviced,” Graham said at the start of her letter.

Graham says the speaker replied to her and all her grievances have been addressed.

“So the Speaker replied. The meeting has been moved to the ICC at 2pm to stabilise security and electricity provision. Extra security has also been arranged,” she said on Twitter.