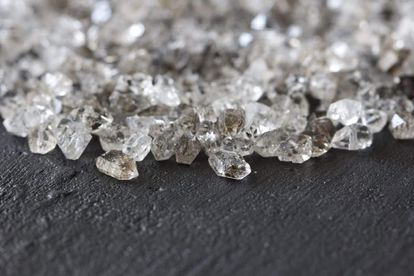 The deepening financial woes at the Northern Cape-based diamond mine, in which state-owned Alexkor is a partner, has led to the retrenchment of more Richtersveld mineworkers.

The South African was reliably informed that mineworkers in the Richtersveld, as well as Port Nolloth and Alexander Bay – were given notices ahead of the festive period notifying them of the termination of their employment as of 31 December 2020.

Media queries that were made last month with Alexkor and the Department of Public Enterprises (DPE), regarding the retrenchments, have still gone unanswered. The National Union of Mineworkers (NUM) is the only party that has responded confirming that the strained Pooling and Sharing Joint Venture (PSJV) formed between Alexkor SOC and the Richtersveld Mining Company (RMC) forcibly laid off 56 more mineworkers, whilst eight opted for voluntary severance packages and cut their losses with the highly indebted mine. This is in addition to the 190 workers retrenched in 2019, some of whom are yet to receive their retrenchment packages.

NUM Western Cape Regional Secretary Siso Fisa has lamented the state of affairs at PSJV, adding that NUM is worried about the “swinging economic activity in the Northern Cape and the mining areas in particular”. Fisa said NUM has relayed their concerns to the DPE and Minister Pravin Gordhan but to date, the department has not intervened to save the sinking ship that is the mine.

To this end, however, NUM is in the process of launching court action against the PSJV, Alexkor and DPE over a separate issue that has a bearing over the retrenchments. Fisa has declined to get into the exact details of the matter, but the former Company Secretary of PSJV, Raygen Phillips has shed some light on the issue.

JOINT BOARD ‘NOT PROPERLY CONSTITUTED’

When Phillips stepped down from her role as the PSJV company secretary on 24 August 2020, she maintained in her resignation letter that the mine joint board was not properly constituted therefore rendering all decisions made by the board – including the retrenchments – unlawful. The mine joint board is supposed to be made up of three members of the Richtersveld Mining Company (RMC) and three non-executive directors of Alexkor.

She reveals in the resignation letter, that the Chief Executive Officer (CEO) of Alexkor, Lemogang Pitsoe had been appointed as the interim PSJV CEO in early 2020 and went further to appoint himself as Chairperson of the joint board. The latter appointment can only be made by Minister Pravin Gordhan says Phillips. She delves further into the issues at hand in her August 2020 resignation letter.

“In this regard we have obtained two legal opinions from Senior Counsel advising that only the Minister of Public Enterprises can appoint the Chairperson of the JB. This after an attempt by the Alexkor CEO in March 2020, Mr Pitso to appoint himself as the Chairperson of the JB and Alexkor Financial Manager as representatives for Alexkor on the Joint Board. Senior Counsel advised that in terms of the Alexkor MOI the Alexkor representatives needed to be non-executive directors of Alexkor for an appointment to the JB.

“He further advised that as the court appointed representatives you do not have any power to appoint Alexkor representatives to the JB. Notwithstanding this you proceeded to resolve for Mr Pitsoe to represent Alexkor on the JB”.

However the constitution of the joint board has been under question for much longer.

According to Phillips the placement of Lloyd McPatie – who was the then administrator of Alexkor SOC – as the chairperson of the joint venture’s board by Gordhan in September 2019 was also an unequivocal contravention of the Unanimous Resolution (UR) between the state and the Richtersveld community because the then administrator was not a non-executive director at Alexkor SOC. Phillips, who is an admitted attorney, says the Unanimous Resolution and the Deed of Settlements between the respective parties are legally binding agreements. The contravention thereof is unlawful.

Furthermore, it is alleged Gordhan “indicated on McPatie’s appointment letter, that he will occupy three seats on the joint board – in his capacity as administrator and chairperson.  This meant McPatie on his own, effectively represented half of the PSJV board during his tenure as administrator from September 2019 up until February 2020.

Phillips maintains this is unlawful because, in order for the PSJV board to be constituted, there has to be three Alexkor SOC representatives and three RMC representatives. For a quorum to be met there has to be a minimum of two members from each side of the joint board at a meeting. The former Company Secretary asks “how does one person represent three”?

THE COURT BID COULD NULLIFY ALL DECISIONS MADE SINCE LATE 2019

This has a direct impact on the decisions made by the joint board between September 2019 up to now. If the joint board was/and still is not properly constituted, it means the retrenchments, the decision to suspend and fire PSJV Chief Executive Officer (CEO) Mervyn Carstens and the termination of the mine’s contract with alleged Gupta-linked Scarlet Sky Investments (SSI), were unlawful.

Carstens has already challenged his suspension and dealt the board a blow. On 25 September 2020, the Commission for Conciliation, Mediation and Arbitration (CCMA) ordered Alexkor to cough up over R3,2 million to Carstens which is the equivalent to a year of his salary.

In the award CCMA Commissioner Chitane Soza, chastises Alexkor for failing to adhere to its own disciplinary code when suspending Carstens.

The CEO says nothing was communicated to him regarding disciplinary proceedings, prior to the date of his suspension. In fact, he was only notified of his suspension while representing the PSJV at the Mining Ndaba in Cape Town in early February.

He further added that he wasn’t afforded an opportunity to address the allegations that were levelled against him, mainly by irate sub-contractors whose contracts with the diamond miner had not been renewed as outlined in the auditing report by Gobodo Forensic and Investigative Accounting.

One of those irate contractors is appearing before the State Commission of Inquiry into State Capture on Friday 8 January 2021.

Soza found that Carstens’ suspension was punitive and did not serve any purpose, it further contradicted the Alexkor RMC JV’s own disciplinary code and due to its sheer unfairness, it had a “detrimental impact on the applicant and has prejudiced his reputation”.

Meanwhile, another state-owned entity – the South African Broadcasting Corporation (SABC) – has concluded its Section 189 process after a lengthy consultation process and has resolved to retrench more than 300 employees. On Thursday 7 January, the SABC said it reduced the number of affected redundant employees to 303 which is just under half of the originally projected 600 redundancies. The SABC says it anticipated that 600 employees would be affected by the retrenchment process, but stressed that they managed to reduce the number of lay-offs by 50%.

On Tuesday 17 November 2020, senior SABC journalists, including Chriselda Lewis, revolted live on the air against the wave of retrenchments that would impact their colleagues. This, after some 400 workers were issued with redundancy letters. Watch the video here.