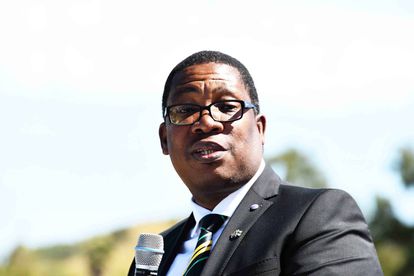 A Grade 8 pupil in Alexandra, Johannesburg, has died after he was stabbed, allegedly by another learner, on school grounds.

The incident, confirmed by the Gauteng Department of Education, occurred on Monday, 30 August 2021, at Pholosho Secondary School.

According to police, the alleged perpetrator was fighting with other learners during break time and later came back with a sharp object, which he used to stab the victim.

Paramedics were called to the scene and declared the boy dead.

Both of the learners are believed to be 16 years old and in the same grade.

Police are currently investigating the circumstances surrounding the incident.

Gauteng’s Education MEC Panyaza Lesufi is set to visit the school as well as the family of the deceased pupil on Tuesday afternoon, 31 August.

The MEC has condemned the learner’s stabbing and violence in classrooms. He has further urged the School Governing Body (SGB) to investigate the matter.

“We vehemently condemn the violent behaviour which led to the death of a learner allegedly, at the expense of his peer on school grounds, it is absolutely unacceptable. The SGB must investigate this incident and take necessary disciplinary action against the perpetrator,” Lesufi said.

The MEC added that the students at the school will be provided with psychosocial support, in the wake of the incident.

“The fatal incident is alleged to have occurred midday when the school’s disciplinary committee was dealing with a fight that involved other three learners. In the midst of that intervention, it was reported that a learner was allegedly stabbed to death by another learner outside a classroom,” Lesufi’s spokesperson said in a statement.

Back in April, a Grade 12 pupil from Emadwaleni Secondary School in Orlando West, Soweto, was stabbed by a Grade 11 learner.

“I need to make it abundantly clear that our schools can never be sites of violent conduct, assaults, or bullying. Violence has no place at our schools and we call on school management to work with parents and the Department to ensure we bring these acts of ill-discipline and misconduct to a swift end,” the MEC said at the time.