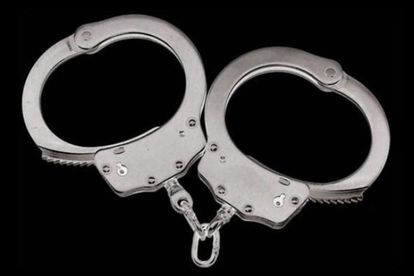 Western Cape police have arrested a 53-year-old man in connection with the two Albertinia girls whose bodies were found in a shack. Image: Yrna17 / Flickr

Western Cape police have arrested a 53-year-old man in connection with the two Albertinia girls whose bodies were found in a shack. Image: Yrna17 / Flickr

A 53-year-old suspect has been arrested in connection with the murder of two young girls who went missing earlier this week.

Western Cape Police revealed the major breakthrough recently after the bodies of the girls were found in a shack on Thursday, 22 September. The girls, aged nine, were reported missing earlier this week.

Captain Malcolm Pojie of the South African Police Service (SAPS) confirmed the arrested of the 53-year-old. Pojie explained that police were on patrol in Albertinia when they spotted a suspicious man.

“The police were on patrol in the rural area of Albertinia when they spotted a suspicious man as he was exiting the bushes by the road. When they approached him and found he fitted the wanted man’s description and was subsequently placed under arrest,” said Pojie.

EWN reports that Rural and Farmworkers Development Organisations Billy Classen stated that the police need to do a bit more.

“This kind of thing must stop. Crime affects us all and we all need to unite in the fight against crime. And the police need to do a bit more to see that they care for our people and our children in our communities,” Classen said.

Just before the weekend, it was reported that the bodies of two nine-year-old girls who went missing on Wednesday were located in a shack on the evening of Thursday, 22 September.

The Albertinia community in the Western Cape are mourning the loss of the young girls. Sharon Arries and Jacorien Maurelia Vaaltyn are the names of the two children who went missing earlier this week.

The shack the bodies were found in was reportedly located in someone’s backyard and the community went on the hunt for the alleged suspect, armed with pangas. Read the full story here.