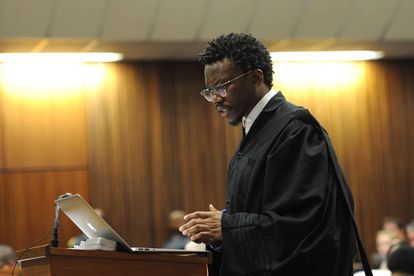 PRETORIA, SOUTH AFRICA – NOVEMBER 01: Advocate Tembeka Ngcukaitobi at the Pretoria High Court during the State Capture report case on November 01, 2016 in Pretoria, South Africa. Judge Dunstan Mlambo ruled in favour of the opposition parties on their bid to intervene in President Jacob Zuma’s bid to stop the release of the “state capture” report. (Photo by Gallo Images / Beeld / Felix Dlangamandla)

PRETORIA, SOUTH AFRICA – NOVEMBER 01: Advocate Tembeka Ngcukaitobi at the Pretoria High Court during the State Capture report case on November 01, 2016 in Pretoria, South Africa. Judge Dunstan Mlambo ruled in favour of the opposition parties on their bid to intervene in President Jacob Zuma’s bid to stop the release of the “state capture” report. (Photo by Gallo Images / Beeld / Felix Dlangamandla)

The Nelson Mandela Foundation (NMF) made its submissions to the Equality Court on Monday, regarding the use of the old South African flag.

Why AfriForum opposes the NMF’s application

The lobby group stands as the only respondent in disagreement with the NMF’s application.

While the foundation — with support from the South African Human Rights Commission (SAHRC) — argues that the display of the old flag ought to be seen as a form of hate speech, the lobby group’s position is different.

According to AfriForum, including the people’s use of certain symbols and images as hate speech in the Promotion of Equality and Prevention of Discrimination Act (Equality Act), can be viewed as an infringement on the rights of South Africans’ freedom of expression.

To drive the point home, Adv. Ngcukaitobi pointed to the Black Monday protests that took place in October 2017, where a group of white South Africans took their disgruntlement with farm attacks to the streets, calling for an end to what they termed ‘white genocide’ and brandishing the old flag.

Critical of the fact that the lobby group had organised the Black Monday protests, Ngcukaitobi accused AfriForum of not only exploiting farm murders but of failing to recognise the connotations attached to the old South African flag.

“AfriForum does not engage with the impact of this flag,” he argued.

Although the Equality Act only recognises words as hate speech, the foundation argued that symbols and images can also convey similar meanings, as words do.

The SAHRC also made legal submissions on Monday. The commission’s legal team, led by Wim Trengove SC, argued that brandishing the old flag in a country where the majority is still reeling from the impact of apartheid was a gross violation of human rights.

“What they say is that ‘we yearn for the good old SA when we lived in a state which entrenched white superiority over black people, where white people were celebrated and black people were humiliated’,” Trengove SC said.

He reiterated the fact that this was not a plea to have the flag removed from society, as people still had the right to express themselves with the flag in their private capacity.

It is the use of it in public spaces and around people it has affected in the past that ought to be considered, Trengove explained.

“What they are saying is that they yearn for the state where black people were humiliated. It is a profoundly humiliating and degrading message they are sending to black people,” Trengove stated.

The lobby group is expected to make its submissions on Tuesday, 30 April. Although it has vehemently noted that it does not stand in support of the display of the flag, the lobby group has stood by the argument that including certain symbols and images as a form of hate speech is detrimental to the quality of our human rights.