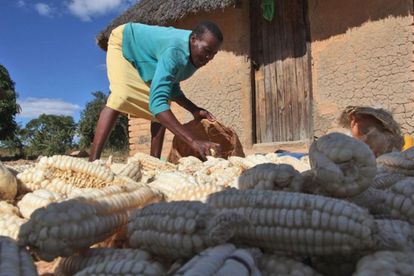 Zimbabwe is due to receive food relief from the UN World Food Programme, reports Al-Jazeera. The programme aims to target 700 000 people affected by food insecurity in the country.

Currently, Zimbabwe is on the brink of a famine since poor harvests and the Ukrainian exacerbated its food insecurity.

Beyond food, the country’s ongoing struggles with low currency value and hyperinflation played another role in long-standing economic problems.

“I do not think this is a famine as yet, but that does not mean that it is good. We are preparing for a response that will take off in October up to March. We are working with government on a joint plan for the food deficit mitigation programme and that is for 3.8 million people,”

Economic plight that heightened due to COVID-19 became even more pronounced this year. This is due to a year of poor harvests and the war in Ukraine.

Maize harvests in Zimbabwe are expected to decrease by nearly half, according to the current administration.

Before COVID-19, the world’s population facing hunger was 135 million people – reports Food Ingredients 1st. Now, that figure is sitting on 345 million people. This means 45 countries are on the verge of a famine.

The Ukrainian war caused a rise in fuel costs which caused major economic ripples felt globally. In Zimbabwe, inflation rates increased from 61% in January to 285% in August.

Many other countries are experiencing high inflation rates since the start of the war. These countries include Sudan and Venezuela.

The UN World Food Programme hopes to provide some relief to a very grim situation in Zimbabwe, but also globally.

READ ALSO: Healthcare access for migrants who move between Zimbabwe and South Africa