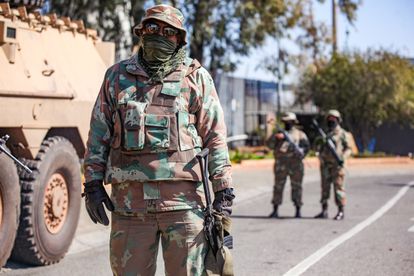 President Cyril Ramaphosa has confirmed that almost 1 500 South African troops will be sent into Mozambique, in an effort to crush the ISIS insurgency that has flared up within the borders of the Cabo Delgado province. However, this SANDF deployment is likely to cost roughly R1 billion – and it’s a burden that our taxpayers can ill afford.

The soldiers, deployed to Mozambique two weeks ago, will remain in our neighbouring state for another three months.

ISIS-affiliated rebels have enforced a reign of terror in northern parts of the country, and there has been a steadily rising death count across the border over the past 12 months or so. SANDF forces were then called up earlier in July.

Of course, everything that can be done to stop this barbaric crusade, MUST be done.

But such a costly deployment could have an adverse impact on South Africa, which is still reeling from the impact of lockdowns and widespread riots – and both events have previously drawn SANDF soldiers onto our own streets.

The price of fighting ISIS

Kobus Marais, the DA Shadow Minister of Defence, is worried that the SA taxpayer will be flogged again.

He argues that the SANDF call-up is actually an initiative of the SADC, and therefore, the Development Community should foot the monster bill, rather than making South Africa pay for sending assistance across the border.

“The DA has serious concerns regarding the employment, especially the costs. In his letter to Parliament, the President indicated that the deployment is expected to cost a staggering R984 368 057. There has been no indication where the money will come from, however, the costs certainly cannot be carried by the South African taxpayer.”

“SANDF will serve as part of the Southern African Development Community’s (SADC) Standby Force. Therefore, this is a SADC initiative – and the almost R1 billion price tag should be covered by them, not South Africa. The notion that the thinly stretched South African taxpayer will foot the bill for this employment is grossly unjustifiable.”