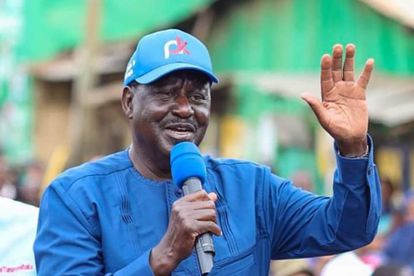 Raila Odinga lost yet another Kenyan election according to the results of the Independent Electoral Bureau Commission (IEBC), reports News24. He lost to William Ruto, who won 50.5% of the vote.

Odinga came second with a frustratingly close result of 48.8% of the vote. This becomes Odinga’s fifth presidential election loss.

Many believe he chose Karua as a running partner to appeal to women voters, reports The Africa Report. But it wasn’t enough to garner enough support to win the election.

Further, the election saw a drastic decrease in voter turn-out. It is believed young Kenyans chose to abstain from voting due to their previous leaders’ inability to deliver on promises.

This also cost Odinga precious votes that could have put him in the lead. It is suspected that Odinga will contest the results of this election.

“We have intelligence and reports that the system was penetrated and hacked and that some of the IEBC officials actually committed electoral offences and some of them ought to be arrested if they were not arrested,” said Saitabao Ole Kanchory, Odinga’s chief electoral agent – as quoted by Financial Times.

Kanchory even went on to call the tallying centre in Nairobi a “crime scene”.

The greatest concern surrounding the election is the possibility of civil unrest breaking out. After the 2007 election, nearly 1000 people died as a result of violence after the results. The 2017 election results led to 100 casualties.

“We want peace, we shall accept the decision of the Kenyan people,” the current president-elect Ruto said at a church service on Sunday.

News24 reports that violent protests erupted in Kisimo and some areas of Nairobi after the results announcement.

People will be watching closely to see how this unfolds. This election is not just significant for Kenya but the entire continent.