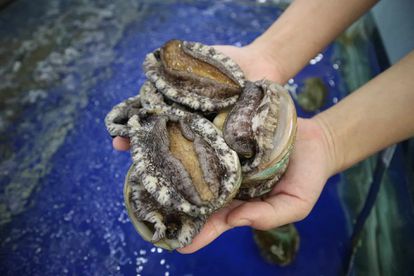 Police and environmental officials have bust an illegal abalone processing facility in the Western Cape town of Grabouw and seized abalone worth over R5.4 million.

According to the Directorate for Priority Crimes Investigation (Hawks), officials conducted a search and seizure at premises situated on Oudebrug Street in the town, which is located about 65km south-east of Cape Town.

Here they uncovered freshly cooked and dried abalone as well as processing equipment. All these were seized for further investigation.

“Consequently, two suspects aged between 59 and 52 were arrested and are due appear at the Grabouw Magistrates Court on Monday, 29 June,” said police spokesperson Lt. Colonel Philani Nkwalase.

The joint operation involved members of the Hawks’ Serious Organised Crime Investigation team, Crime Intelligence, and officials from the Department of Forestry Fisheries and Environmental Affairs in Western Cape.

In an article published in late May, international coastal environment publication Hakai Magazine reported that “the discovery of the coronavirus and the country’s subsequent clampdown on imported wildlife products [has] achieved what the South African government could not – bringing the abalone black market to a grinding halt.

Hakai quotes Babalwa Dlangamandla, a spokesperson for the South African National Parks Service, as saying that poaching has been “on a low scale compared to before lockdown”.

Poaching reprieve is only short term

But the shutdown is unlikely to bring a lasting reprieve for South Africa’s abalone, already classified by scientists as heavily depleted.

“In many fishing communities, still socially and economically marginalised more than 25 years after apartheid, poaching has become a major source of income,” notes Hakai.

“In Hangberg, an impoverished and overcrowded settlement within sight of luxury housing estates, hundreds of families have come to depend on the abalone black market.

“Money from poaching funds parties, drug abuse and flashy clothing. But it also pays for food, school fees and housing, filling a gap South Africa’s economy has been unable to address,” the magazine points out.