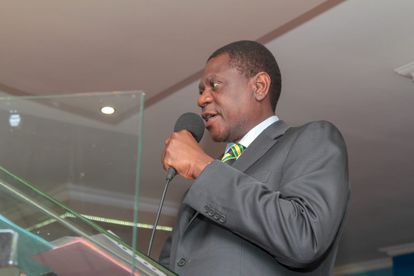 The African National Congress (ANC) treasurer general Paul Mashatile has vehemently denied allegations that he wrongfully pocketed close to R30 million, which was intended for the party’s own coffers.

Mashatile did an interview with Johannesburg radio station 702 on Monday, 14 June 2021, in which he spoke at length, mainly about the ANC’s financial woes.

The treasurer general also touched on a Mail & Guardian article which claimed that both he and ANC deputy president David Mabuza, stole $2 million of funds which were donated to the party, but apparently never made it to its coffers.

Mashatile said the report was nothing even close to being true.

Did Mashatile and Mabuza really steal from the ANC?

According to Mail & Guardian, ANC president Cyril Ramaphosa even confronted David Mabuza and Paul Mashatile about the alleged missing funds. The publication has cited a source who claimed Ramaphosa has had to bail out the party a number of times.

“The president has rescued Luthuli House by paying staff salaries and its debts several times. In the past 18 months, the president paid for salaries when the organisation was in a crisis. He has had enough,” the source is quoted as saying.

As the treasurer general, Mashatile plays a monumental role at Luthuli House, particularly in relation to the party’s finances.

In the wake of the article, the ANC denied the allegations being levelled against the pair and even threatened to take action against the publication.

“The ANC wishes to state categorically that these malicious allegations against its deputy president, comrade David Mabuza, and the treasurer-general, comrade Paul Mashatile, have no iota of truth in them. The ANC is considering laying a complaint with the Press Ombudsman,” said spokesperson Pule Mabe at the time.