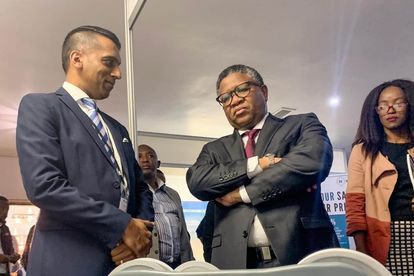 2018/19 State of Railway Safety Report: Unpacking the good and the bad

Mbalula explained, during his address at the Devonvale Golf and Wine Estate, that the 2018/19 State of Railway Safety Report observes the total number of operational occurrences and security-related incidents that took shape in the rail environment.

These are the figures that measure the safety of the rail environment, as stipulated in the 2018/19 State of Railway Safety Report.:

The number of reported occurrences should always be understood in the context of the intensity of operations, i.e. traffic volumes. Railway operators in South Africa have consistently been reporting declining traffic volumes over the past 10 years. #fixingtransport https://t.co/oPD2hukZAV pic.twitter.com/j3pe5AU5Nz

While the 2018/19 State of Railway Safety Report showed notable decreases in operational occurrences, it was by no means an indication that there should not be efforts made to improve the quality of the rail system’s service, Mbalula said.

Our rail infrastructure is decaying, with the bulk of our rolling stock in excess of 50 years,and therefore not viable to meet current and future demands of our social and economic reality. Significant strides have been taken to unwind this legacy & invest in new infrastructure. pic.twitter.com/v797y4MPu8

The minister revealed that the state of South Africa’s rail environment is in decay “with the bulk of our rolling stock in excess of 50 years.”

“Significant strides have been taken to unwind this legacy and invest in new infrastructure. Massive investments have been made in new rolling stock and modernising commuter rail in the country. We must build the requisite capacity to accelerate implementation, which must include increasing levels of safety compliance,” Mbalula revealed.