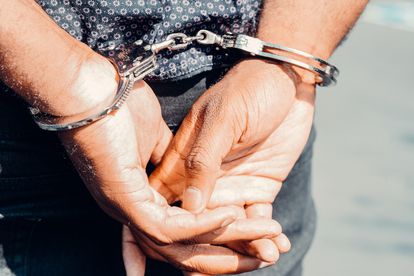 Three suspects have been arrested for an alleged drive-by shooting in Eldorado Park. PHOTO: Pexels.com/Kindel Media

Three suspects have been arrested for an alleged drive-by shooting in Eldorado Park. PHOTO: Pexels.com/Kindel Media

A 17-year-old teenage boy is among three suspects who are arrested for a drive-by shooting in Johannesburg which killed two teenage boys.

TEEN AND FRIEND RANDOMLY GUNNED DOWN

On 10 September, a 19-year-old and a 20-year-old were walking in the streets of Eldorado Park.

In an alleged drive-by shooting, the two boys were gunned down and killed.

The shooting caused an uproar in the community with residents camping outside the Eldorado Park police station until police did their jobs.

POLICE MAKE ARRESTS BUT ONE IS A TEENAGER

The Gauteng Provincial Organised Crime Unit left no stone unturned as they continued to follow leads to find the culprits behind the brutal killing.

In addition, they have been trying to trace suspects behind other recent murders in the area, said police spokesperson Colonel Dimakatso Sello.

But on Thursday, the team arrested three suspects for the murder of the two victims. One of them is a minor, Sello said.

“The three suspects aged 17, 22 and 31 years old were arrested… and are expected to appear before court soon on charges of murder.”

In another incident, a man was shot and killed by unknown suspects on 2 April, also in Eldorado Park.

“Two suspects were placed on the scene of the crime and a warrant of arrest was issued for them.”

On Thursday, the team traced and arrested one of the suspects, she said.

He is also expected to appear before court soon as police investigations continue.

He has welcomed the arrests and applauded the members for their commitment and dedication to ensuring that perpetrators are arrested and brought to book, said Sello.