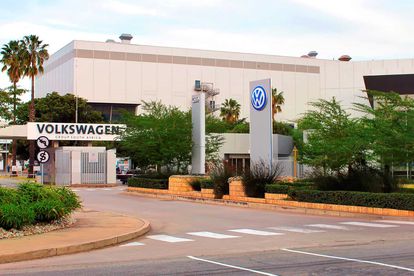 Citing safety concerns related to the COVID-19 pandemic, workers embarked on what VWSA deemed an “unlawful and unprocedural strike action”, which resulted in the temporary closure of the plant.

In talks with union

Production was however restarted on Monday and resumed into Tuesday without further disruption.

This was confirmed on Tuesday 21 July by VWSA’s group communications head Andile Dlamini who told The South African that the company was engaging with automotive sector union the National Union of Metalworkers of South Africa (Numsa) to address the matter.

The ramifications of strike action include its impacts “directly upon VWSA’s supply commitments to both its local and foreign customer base”.

The industrial action comes amid a string of significant investments and initiatives by VWSA to tackle the pandemic both within its operations and in the Nelson Mandela Metro as a whole.

The company, which is an important contributor to both employment and the overall economy of the Eastern Cape region, has actively lobbied for increased COVID-19 testing, while contributing financially to testing campaigns and support for the National Health Laboratory Service in Port Elizabeth, among other activities.

VWSA was singled out by President Cyril Ramaphosa during one of his televised lockdown addresses for its contributions to the establishment and equipping of a massive “COVID-19 patient overflow” medical facility in a VWSA premises, converted for this purpose, in Port Elizabeth.

According to Port Elizabeth-based HeraldLIVE, workers had downed tools after claiming the company was flouting COVID-19 regulations.

HeraldLIVE said workers, chanting struggle songs and wearing masks, had left their stations and protested outside the assembly plant, where they were eventually addressed by management.

The platform, quoting an unnamed worker, said the company had been accused of putting  employees’ lives at risk when supervisors had allegedly called employees waiting for their COVID-19 test results, back to work.

Further, HeraldLIVE quoted the worker as saying employees had felt unsafe due to the risk which would be posed by workers “who are at home in isolation waiting for their results…should those workers return to work prematurely”.

Quoting two Numsa representatives, HeraldLIVE said besides the concerns around safety, which employees were attributing to company regulations, workers had also raised secondary concerns around the Temporary Employee Relief Scheme (Ters) in light of claims that workers had not received their May UIF payments.

In addition, it cited Numsa regional secretary Mziyanda Twani as asserting that the automaker was running on a three-shift system, but wanted to introduce a two-shift system, which workers felt would cause congestion.

Numsa general secretary Irvin Jim could not be reached for confirmation or comment on Tuesday.

Responding to the employees’ concerns in the immediate wake of the disruption, Volkswagen said the contention by striking workers that they are exposed to the risk of COVID-19  infection at the workplace was without any substance.

The manufacturer added that it has implemented safety protocols which not only comply with, but exceed prescribed requirements.

“Apart from the temporary shut down on Friday, production is continuing. We started production again yesterday [Monday 20 July]. With regard to the strike action, we have met with Numsa representatives to address the issue,” said Dlamini.

Continuing, Dlamini added: “As we have all the appropriate safety protocols in place and have processes through which concerns can be raised and addressed, we have now asked Numsa to outline the concerns or contentions to us in writing.”

Dlamini also refuted the report that VWSA intended to reduce its three-shift system to a two-shift system, saying this was not correct.

He concluded that in its efforts to negate the effects of the pandemic on its workforce and employment, while balancing workforce and production needs, the company had switched to a two-shift system, while maintaining its original shift rotation patterns.

This meant that the three shifts continued to rotate within the same pattern, with the exception that individual shifts would take turns to go “on short time” on a rotational basis.

REPORT: Cristiano Ronaldo has clause in Al-Nassr deal which allows him to play in the Champions League again