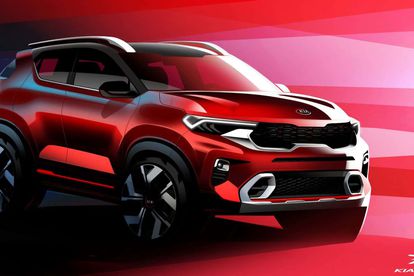 The muscular new compact SUV from the Kia stable, the Sonet, boasts the car manufacturer’s iconic design DNA and a bold and powerful stance. Image: Supplied

The muscular new compact SUV from the Kia stable, the Sonet, boasts the car manufacturer’s iconic design DNA and a bold and powerful stance. Image: Supplied

If a book could be judged by its cover, Kia’s all-new Sonet could well be judged as one of the most exciting compact SUVs to hit tar in South Africa this year.

Kia has just released fresh images and more details around what will be the second “Made In India” model to be introduced into the country by the South Korean multi-national.

Kia notes however that when the model is launched, model specifications may differ from country to country.

IF LOOKS COULD THRILL

From an aesthetics point of view — with the carmaker still rather coy about exactly what is under the hood and fenders — it’s hard to argue when Kia describes the Sonet as “muscular, boasting Kia’ iconic design DNA and a bold and powerful stance.”

But, that is not all.

And it’s aimed at young-at-heart, tech-savvy buyers looking for a sophisticated modern design with “fascinating features and unmatched sense of dynamism”.

Kia has however promised to reveal more information about South African specification, powertrains and transmissions closer to the local launch date.

“Kia Motors India, a wholly owned subsidiary of Kia Motors Corporation, has released official images of the interior and exterior of its upcoming Sonet compact SUV. The production-ready Kia Sonet has a distinctive and dynamic design, as well as many first-in-segment features,” said the carmaker.

The model first appeared at Auto Expo 2020 as a concept, but is now scheduled to make its world premiere on 7 August 2020.

IT’S ALL ABOUT THE INTERIOR

Manufactured in India, the Kia Sonet has a sophisticated and lively cabin featuring a smooth, sweeping dashboard and a stylish, minimalist centre console that offers easy on-the-go access to its class-leading features. The general ambience is both youthful and luxurious – ideal for young-at-heart, always-connected consumers.

Kia said it was designed to maximise driver and passenger comfort, with the Sonet’s modern, vibrant interior offering a high sense of dynamism to drivers.

“Trimmed in high-quality materials, its dashboard provides owners with the car’s full range of user-friendly features, including a two-layer tray to store mobile devices and other items while driving,” said the manufacturer.

The Sonet will also offer drivers steering wheel-mounted controls, and the ability to select different drive and traction modes. Air vents in the dashboard feature a metallic, diamond-knurled pattern, a chic and stylish design highlight.

IT’S GOT THE LOOK

The distinctive LED headlamps reiterate the “Wild by Design” theme which has inspired the Sonet, giving it a powerful appearance that truly stands out on the road. It projects an aggressive stance with a rugged appeal.

“We are extremely excited to introduce the new KIA Sonet to the world, a compact SUV with a strong and muscular character found only in much larger vehicles. With this in mind, we have designed this SUV with a uniquely sporty attitude, a confident stance and a dynamic silhouette.”

Its uncompromising attention to detail and selection of colours and materials could have only been inspired by the great cultural heritage that our designers found all over India,” said Karim Habib, senior vice-president and head of Kia Global Design at Kia Motors Corporation.

“We believe the Kia Sonet’s compelling character will hold major appeal for young, aspirational and always-connected customers in India and beyond.”

Safety, according to the company, is a key consideration for all Kia Motors vehicles, and the Sonet will feature an extensive list of active and passive safety equipment. It will come equipped with up to six airbags – offering a class-leading combination of front, side and curtain protection for occupants.

The Sonet, as Kia’s latest “Made in India” product, will be available in many of the brand’s global markets.