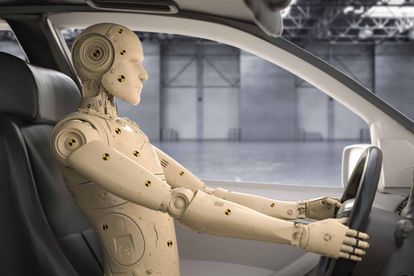 A car’s safety rating is an important indicator when choosing a new vehicle. Image via Adobe Stock

A car’s safety rating is an important indicator when choosing a new vehicle. Image via Adobe Stock

It’s one of the most sickening sounds that anybody can hear. It’s that crunch when metal begins folding in on itself and sends thoughts about insurance companies and panel beaters spinning through your mind.

You stand next to your once-pristine car knowing that you have just lost that nice fat no-claim payback.

As you start doing the mental arithmetic about where the R10 000 excess is going to be found, an independent opinion is added to your sorrow. Some bystander who is enjoying the spectacle will make remarks about cars in his time being built like tanks that would only show a scratch if a Hiroshima-style atom bomb scored a direct hit.

Car safety and the Euro NCAP

The point is that metal crunching and absorbing force, rather than transferring it down the vehicle and onto the driver, is what it is all about. This fact will totally escape this bystander whose idea of the world’s best car is an early 1960s metal box made of recycled railway carriages.

Leave him puttering along in the slow lane sucking in smoke from overtaking trucks and think about cars that are voluntarily smashed by the Euro NCAP people.

It still sucks watching a new car being smashed, bashed and crashed by the European New Car Assessment Programme experts, but at least there are benefits.

We have all heard about these star-ratings dealers either boast about them or look the other way when they are discussed — but most of us don’t think about the tests the cars go through. We are content to know that five stars are excellent and one star or nothing is “buy at your discretion” stuff.

Standardised Euro NCAP tests, which are adapted to meet the times and changing technologies, include:

Euro NCAP requires up to four cars for an assessment.

If vehicles are already on sale and the organisation decides that they should be evaluated, they are bought anonymously from dealers. Once the cars are at the test laboratory, the manufacturers are informed of the vehicle identification numbers (VINs) and are asked to confirm the specification.

If a production change has been made since the cars were produced, the manufacturer may ask for the current part to be fitted. This ensures that, when they are released, the results reflect currently available cars.

Cars tested before going on sale are acquired from manufacturers. Euro NCAP testers often visit manufacturing plants where cars are chosen at random on the line or through a list of VIN numbers. Besides, Euro NCAP members, government departments and independent organisations can “sponsor” the test of a vehicle they may consider needs to be checked out.

So here is something to remember. A rating is conducted on a specific vehicle model. So, if the car you are driving is not rated, that doesn’t mean that a newer model has not been rated.

Generally, as technology changes, so vehicles have become safer. A car that scored a two-star rating in 2006, could be a five-star vehicle in 2019.

The star rating tells how well the car performed in tests and is influenced by equipment fitted in each market. A car that just meets the minimum legal demands would not be eligible for any stars. A vehicle which is rated poorly is not necessarily unsafe, but it is not as safe as its competitors that were better rated.

The bottom line is that a rated vehicle has been thoroughly tested and offers protection that could save your life and the lives of your family.

Remember that when looking at those smashed crumple zones and rather think about what could happen if car safety wasn’t tested.