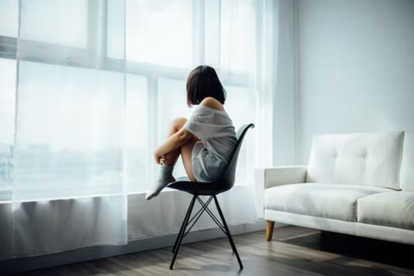 This woman left her husband only to be rejected by her soul mate – a stranger. Image via Unsplash

This woman left her husband only to be rejected by her soul mate – a stranger. Image via Unsplash

A woman has gone viral after detailing how she made the bizarre decision to leave her husband after meeting her “soulmate”. Taking to Twitter, the Australian woman shared that she made the decision after knowing the man for only one month but unfortunately for her, the story didn’t have the fairytale ending that she was hoping for.

Woman leaves husband only to get rejected

Amanda Trenfield has gone viral online after she tweeted about leaving her husband after 14 years of marriage because she met someone who she truly believed was her soulmate.

According to Trenfield – who also wrote a book about the situation – she and her husband went on a three-day conference where she was hoping to “reconnect” with him.

While there, she locked eyes with a stranger and something instantly clicked inside her.

“It travelled to my core,” the life coach wrote.“It was so intense I needed to break eye contact. He. We. The energy. It was electric. My body was completely charged. I was completely on.”

For almost a month, Trenfield got to know the man now known as Jason and felt an instant connection.

“I loved talking with him. I felt warm, relaxed, and safe in his presence. I felt I could truly be myself, at a level I wasn’t familiar with. I realised that it was a feeling I hadn’t enjoyed in a long, long time – perhaps ever,” she explained.

And then she made the decision to end things with her husband – even though she was no longer in contact with Jason, IOL reports.

While she doesn’t exactly detail what happened, the title of her book, When A Soulmate Says No, basically the fact that she was rejected away.

As you can expect, social media users were blown away by the story and shared their thoughts about her life-changing decision.

“She was convinced they had a connection but I see no evidence they did. She just projected on to a random dude because she was unhappy. Which we’ve all been there but we don’t uproot our lives for it,” commented one tweep.

ALSO READ: Priest’s wife exposes him for cheating: ‘He needed someone to pray with’