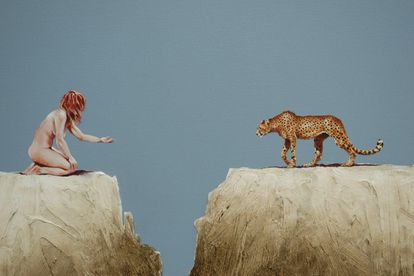 Van Zyl was born in 1946 in the Northern Cape to a farming family. His mother was the inspiration for his creative and musical inclinations, and he broke a nine-generation tradition Van Zyl men becoming farmers. Van Zyl explained to his father that art school was his path and, having failed maths and science with “spectacular flare”, Van Zyl pursued an education at the Johannesburg School of Art with support from his dad, as well as his entire family.

When Van Zyl sets off on the game drives to the bush, he uses a combination of techniques. He will sketch images as well as photograph them, and render the movement in the scene. The sketches and photographs help him improve on his technique, as he aims to ensure the light reflections and movement of the animal is reflected in his paintings. 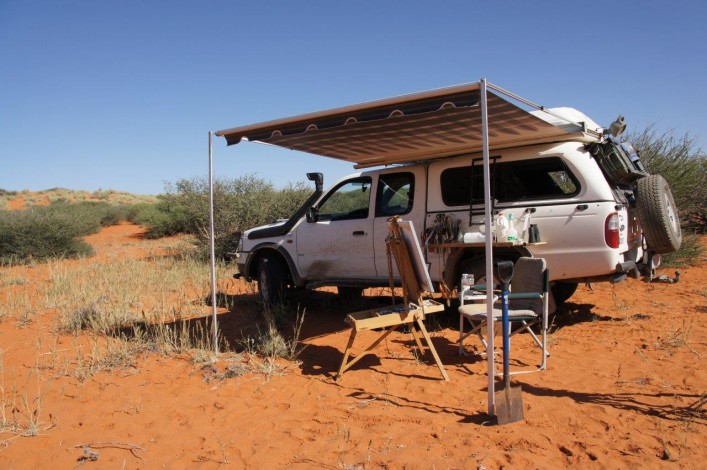 Van Zyl is an active campaigner for conservation, creating what he calls conservation art. His work brings focus to the destruction of the wildlife in the world, and Van Zyl has donated artworks to several causes to help raise funds for wildlife welfare. Paintings like “Discard” depict “the reckless utilization and discarding of our wildlife,” says Van Zyl. “All the species depicted are dependent on each other for survival. If by any chance we could reverse the process, the painting could also be inverted and the discarding hands of humanity could become receiving again.” Van Zyl’s prints and originals are often donated to charities.

Another powerful piece by Van Zyl, is “Sign of the Times”, which gives a peek at what could fast become a reality in some African countries if more is not done to stop poaching and the destruction of wildlife. Rhinos face the greatest threat of extinction due to poaching.

Not all of Van Zyl’s work is political, such as “Come on Guys”, a humorous piece that captures the wobble of these loveable animals.

When asked how he would like to encourage the youth, Van Zyl had this to say:

“Art school doesn’t teach you art, it hones your skills, it makes you aware of your own abilities and you have got to find your own niche, and like everything else the harder you work the better you become. I have been painting for many many years and quite frankly you never stop learning because every day in my studio I discover how little I know.”

“Wildlife has given me so much that you have got to give back, and it is a tremendous privilege to earn your living from something you love doing. So often I sit in the Kalahari next to a water hole and I think that people pay me to do.”

Young artists looking for inspiration need to pay this man a visit. Van Zyl is always looking at the public’s response to his art. “Everyone is a critic, every man must be your teacher. It doesn’t matter what you do. People with a fine sense of observation can point out things in your work that you would not notice.”

Does he have any advice for other artists? “It depends on how passionate you are about your art. Whether you are a performing artist, a visual artist, a sculpture or painter it is a skill that can be learnt but true creativity comes from within. You have to be really passionate about what you are doing. You have to like what you are doing. You have to do it for yourself. Don’t do it for other people because then the truth and the feeling and understanding comes through your work.”

Despite an extensive international career, the artist still feels every piece can be improved. “I know my limitations, every person has their own take on their work and nothing is really better or worse,” says Van Zyl. “If you enjoy yourself and be emotionally fulfilled thing by what you do that is the most important thing to do really. [Art] is like breathing to me. The best thing for me is to get out into the bush. It cuts you down to size, sitting in this enormous natural vast place and I feel small at how big the sky is. It inspires you.”

Ian van Zyl’s studio is in Umhlanga and is open by appointment to view his work. The website address is www.ianvanzyl.com and you can follow him on Pinterest: http://www.pinterest.com/jakepieterse/ian-van-zyl/