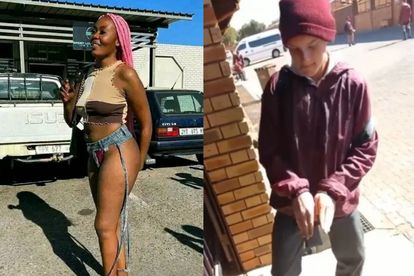 Loud and proud! The Ama2000s have turned our heads a few times over the last few years with their larger-than-life personalities. The Ama2000s are described by Media Update as Mzansi’s “centennials”. Put in simple terms, they are the group of South African youngsters born just before and after 2000.

1. A ‘DIFFERENT’ KIND OF FASHION SENSE

On Saturday 2 July, The South African reported that a young woman, believed to be an Ama2000, brought a local shopping mall to a standstill, turning heads with her barely there jean shorts…

The young woman with Barbie pink braids wore a crop top and daring shorts that got tongues wagging for exposing most of her underwear and behind. Patrons and mall staff could not help but gawk and take photos!

In March 2021, students from Wits University in Johannesburg protested In solidarity with students who had outstanding debt and were unable to register for the academic year. A civilian was shot dead by police during the protest, leading to outrage at the university and on social media.

One Ama2000 who studies at Wits University, expressed her displeasure with the actions of the South African Police Service (SAPS) when approached by journalists on the scene.

Asked by one of the journalists whether she was okay, the Ama2000 did not mince her words, replying: “F*ck the police”.

In April this year, St Dunstan’s College in Benoni, Gauteng, trended on social media when the school’s matriculants stunned with the “fleet” of luxurious supercars in which they pulled up for their matric dance.

The Ama2000s arrived at their matric dance in several eye-wateringly expensive cars, including a Bugatti Veyron, Lamborghinis and Porsches.

Maurice Ellerbeck, a former pupil at Sion Private Academy in Boksburg, Gauteng, wore a half-dress, half-suit outfit to his matric dance. Ellerbeck, who was inspired by Michael Urie’s gender-fluid look at the 2019 Met Gala, said he aimed to make a powerful statement with his own creation.

The 16-year-old Pretoria schoolboy Martinis Olckers aka “Matenas” has set the internet on fire with his viral amapiano dance videos recorded during break-time.

The Suiderberg School pupil, who is booked and busy, released his self-titled debut single with his friend and fellow pupil Mandla Kayise on Friday 24 June.