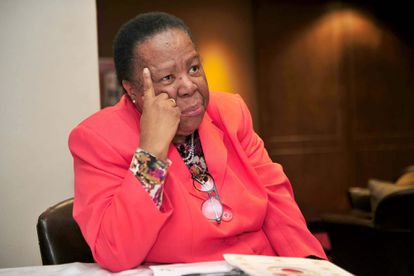 In true South African style, tweeps found humour even in the darkest moment when they asked the Department of International Relations and Cooperation (DIRCO) to withdraw its statement on the ongoing Russia Ukraine conflict.

Tweeps said they were still mourning and asked to be excluded from the statement. DIRCO said South Africa is calling on Russia to immediately withdraw troops from Ukraine.

The Russian military declared the first day of its invasion of Ukraine a success on Thursday evening, 24 February. Moscow said its military goals were achieved on Thursday after President Vladimir Putin launched a full-scale invasion at dawn. A number of civilians have reportedly died as scores of Ukraine citizens tried to flee the country.

DIRCO Minister, Dr Naledi Pandor said South Africa is concerned about the ongoing tension at the Russia and Ukraine border.

“The UNSC is the body given the mandate for maintenance of international peace & security and it must exercise its role fully. As South Africa, we believe all the issues of concern to any of the parties must be addressed in inclusive talks led by the UNSG,” said Pandor.

“Which South Africa? Mr Putin Sir! If you get this message, just know Naledi Pandor’s actions are hers and hers alone, if you decide to bring war in South Africa, just know me and my family have nothing to do with this. & if you are wondering where to find her, try Waterkloof. Thank u,” One user said.

“When Russia comes for us, let’s all show them where Naledi Pandor lives,” another user tweeted.

“SA can’t even ease the tension between Uber drivers and taxis, can they relax,” a tweep said.