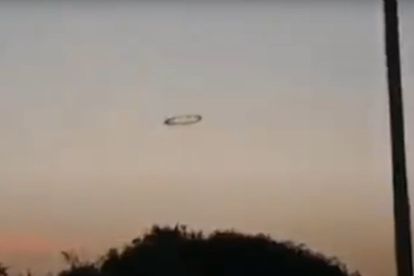 Shortly after a sub-station exploded on Saturday 25 September, residents in Pretoria saw a strange black circle in the sky which left some wondering exactly what it is that they are witnessing.

After recent events in the sky made headlines – such as a rocket believed to be a bolide at first – residents of South Africa have been quick to spot objects in the sky. This time around, it might have not been that interesting.

According to the local publication Pretoria Rekord, Tshwane emergency services spokesperson Charles Mabaso said firefighters received a call around 18:20 about a transformer that exploded in the Annlin area.

“We dispatched a fire truck to the incident but the transformer was found not to be on fire,” he said. “The matter was handed over to the electricity department. It is not known what might have caused the transformer to explode.”

The explosion led to a power outage, which affected several suburbs, including Capital Park, Mayville, Wolmer, and Pretoria North.

Crime Watch later went on to post a video of the black circle caused by the explosion on their YouTube page.

The internet subsequently took the opportunity to share some of their pictures on social media, while others shared their views on what they thought the object in the sky was.

Some were realistic, while others saw the lighter side in things. “It’s from the transformer explosion. Happens more often than you would think. Power outage at the same time confirms it,” said one social media user.

“It’s a smoke ring part of a festival. It’s not unexplained,” said another. “It’s a halo of the angel of death.”

“Industrial witchcraft,” others thought. “Maybe it’s a gateway to something.”

“District 9 part 2 the shrimp are back!”

Others meant that people might want to Vape a bit less.