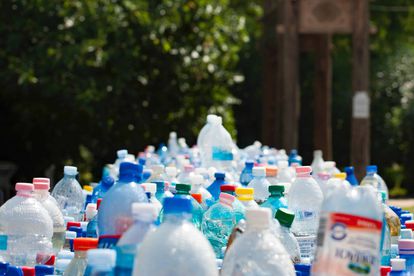 As reported by Tom Embury-Dennis from Independent, a small pilot study conducted among eight participants from seven countries across Europe found that people digest up to nine different types of plastic.

The specks of plastic range in size from 50 to 500 micrometres and up to 20 particles were found per 10 grams of stool sample. To put that into perspective, the width of a strand of human hair is approximately 50 to 100 micrometres in diameter.

Nine out of the ten different types of plastic tested for were identified, with the most common types being polypropylene (PP), polyethylene terephthalate (PET). and polystyrene. PP is used in plastic food wrappers, while most water bottles and soft drink bottles are made of PET.

The participants in the study – three men and five women aged 33 to 65 – kept a food diary for the duration of the survey. None were vegetarians, and their food came wrapped in plastic. Six out of the eight regularly ate seafood.

We look forward to the world's largest gastroenterology congress, which takes place this saturday in our venue! It is not too late to be part of it! Register online until Friday, Oct. 19, 9:00 a.m. or on-site at the registration counter from Friday 2:00 p.m. #UEGweek #MyUEG pic.twitter.com/zUegm8Nldw

The lead researcher on the case, Dr Philipp Schwabi from the Medical University of Vienna presented the findings at the conference and said this raises a concern for patients with gastrointestinal diseases. He explained:

“While the highest plastic concentrations in animal studies have been found in the gut, the smallest microplastic particles are capable of entering the bloodstream, lymphatic system and may even reach the liver. Now that we have first evidence for microplastics inside humans, we need further research to understand what this means for human health.”

Further tests are required, as Stephanie Wright, a researcher at the Kings College London pointed out:

“What is unknown is whether the concentration of plastic being ingested is higher than that coming out, due to particles crossing the gut wall.”