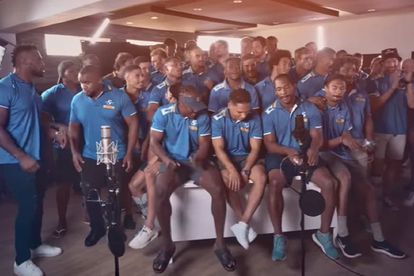 The Stormers recently teamed up with various artists to record a tribute video of the late Johnny Clegg’s The Crossing as a team song for the 2020 Super Rugby competition.

The song, which was released a couple of days ago, quickly went viral after the team posted it on their social media accounts.

It is said that this is the song they would have sung in the changing room after every game before the current season was suspended.

Watch: The Stormers and friends cover Johnny Clegg’s The Crossing

According to Herald Live, the song was chosen by team management as Clegg was a nation-builder who crossed over different communities, much like the Springboks did by winning the Rugby World Cup in 2019.

Stormers captain Siya Kolisi said the experience of singing and recording the song had had a profound impact on the team.

“To get the chance to collaborate with well-known SA artists and experience the teamwork that goes into producing a piece of music professionally, was something that we will all remember and cherish for a long time,” he said.

Dan Shout, a saxophonist and Stormers fan who walked a long road with the late, great singer, said:

“Having played in Johnny Clegg’s band, for my rugby team to want to do a Johnny Clegg song was just perfect. I think I was definitely the guy for the job. For me, the song is extremely apt in that though we are in a difficult period right now, we too shall make our crossing to the next part of our journey after a period of mourning,” he said.

Here’s what some of the players and artists who were involved in this collaboration had to say when asked what the song means to them and why it was such a special experience: