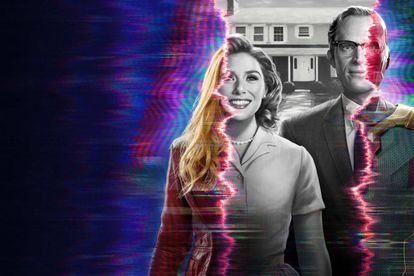 WandaVision has been taking the world by storm since the release of its first two episodes Disney+ on 15 January 2020. The sitcom seems to be a hit with fans and critics and alike.

Most of the reviews online lean towards four and five out of five stars, with positive reviews streaming in from Digital Spy, The Telegraph, The Guardian and The Independent.

The first two black and white episodes of WandaVision take place in the 1950s and 1960s. We’ve gathered from several reports that future episodes would be in colour. Well, then, colour us intrigued.

The show – which takes place after the events of Avengers: Endgame – is centred around Vision and Wanda Maximoff as they try to conceal their powers while living in suburban bliss in Westview. As per the official synopsis:

After the events of Avengers: Endgame, Wanda Maximoff and Vision are living the ideal suburban life in the town of Westview, trying to conceal their powers. As they begin to enter new decades and encounter television tropes, the couple suspects that things are not as they seem.

The first series from Marvel Studios streams exclusively on Disney+. It’s a delightful blend of classic TV and the MCU in which Wanda Maximoff and Vision begin to suspect that everything is not as it seems.

Lucy Mangan gave it four out five stars, saying each episode “is a pitch-perfect – from script, to delivery, to lighting, to cinematography, to aspect ratio – but loving parody of classic sitcoms”.

“The first is set in the 50s and channels the likes of ‘The Dick Van Dyke Show’ and ‘I Love Lucy’, while the second moves them into the 60s and a ‘Bewitched’ and ‘I Dream of Jeannie’ vibe. After that, we’re into the 70s and the ‘Brady Bunch’ and beyond”.

Elizabeth Olsen as Wanda Maximoff (also known as Scarlet Witch), an Avenger who can harness magic, engage in telepathy and telekinesis, and alter reality

Paul Bettany as Vision an android and former Avenger created using the artificial intelligences J.A.R.V.I.S. and Ultron as well as the Mind Stone, who was killed during the events of Avengers: Infinity War

Debra Jo Rupp as Mrs Hart, Wanda and Vision’s neighbour and the wife of Vision’s boss

Kat Dennings as Darcy Lewis, a political science major turned doctor who previously was an intern for Jane Foster and befriended Thor and is working with Jimmy Woo to solve a mystery

Randall Park as Jimmy Woo, an FBI agent who was the parole officer of Scott Lang / Ant-Man and is working with Darcy Lewis to solve a mystery