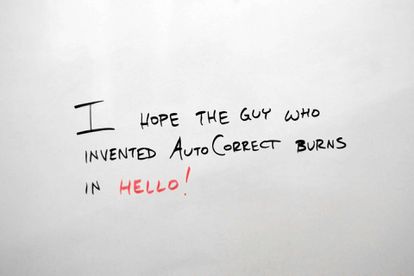 Guys, we’ve all been there. Auto-correct can be absolutely horrible. We’ve all got our own stories to share of that time auto-correct got us bad…

And now eNCA will have one, too. Look, we’re not shaming, because we all make mistakes. We’re simply empathising with this utter cringe moment when eNCA sent out a news alert referring to Vicky Momberg as a ‘rapist’ instead of a ‘racist’.

Maybe it’s less of an auto-correct and more of a typo, but, you know, they’re sort of all in the same ballpark.

2oceansvibe got a screenshot of the unfortunate typo. 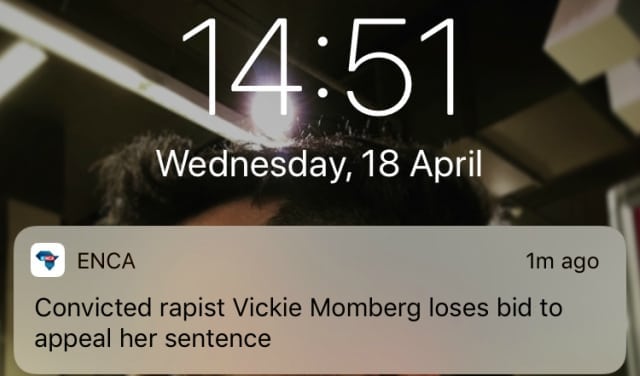 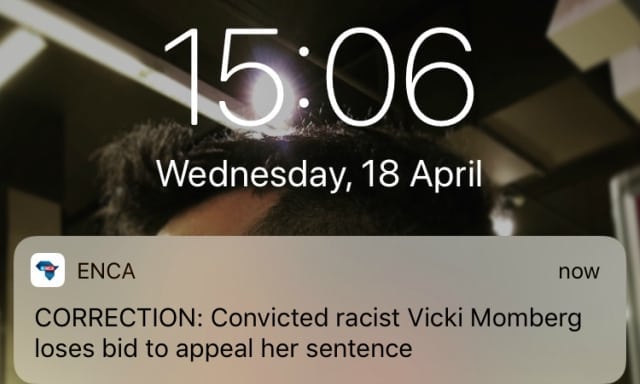 Ouch. Like we said, we’re definitely not judging.  We feel you guys.

Momberg lost her appeal yesterday, but one of her mates was in court to support her.

The supporter in question was far more cringe than this little typo, though. She said that despite “having black friends” and a “black daughter” and the fact that she’s “been to Hillbrow”, she TOTALLY understands why Momberg said what she did.

And then she actually says that she has used the word herself before.

Momberg was found guilty on four counts of crimen injuria in 2016, and sentenced to two years in prison with one year suspended. She is the first person in South Africa to be given a jail term for racist remarks.

She was caught on video using the K word almost 50 times, shortly after being a victim of a smash and grab. When cops arrived on the scene, she repeated the abusive language to a black officer over and over again.

The judgement has divided opinion somewhat – both for the general public and legal minds in the country.

Trevor Noah has, of course, shared his take on it on The Daily Show:

“Here’s the thing. You have to understand, when apartheid ended in South Africa, white people weren’t punished. The government wanted to move forward with a clean slate. All they were going to take away was this one racist word. But white people are now like ‘we just want one thing – we want our racist word back.’”

“People online have called her sentence a tyranny and an oppression. But this was hardcore racism. Now some are saying ‘I don’t know how I can live in this country’. Just don’t be racist. That’s all you’ve got to do.”

You can watch the full video here.