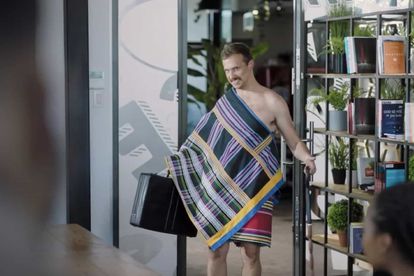 Insurance company King Price have decided to reflect a distinctly South African sense of humour in their advert about a white guy who misunderstands “vendor” requirements for a possible work contract.

The advert starts off with him in traditional Venda garb, apparently going through the traditional ceremonies to be admitted to the community.

Then he heads off back to the city, clutching his briefcase and with the hope of getting a job in his heart. When he walks into the boardroom, he is confident that he stands a great chance of getting the gig.

As an audience, we laugh while feeling a twinge of familiarity. We’ve all been in the situation of misunderstanding language or meaning.

Bizcommunity columnist Brendan Seery has given an orchid — rather than an onion — to this amusing advert.

“It’s slightly corny but continues in the King Price vein of making us chuckle at ourselves as we sometimes talk past each other or misunderstand language,” he writes.

“It’s not a new gag and the execution is not going to win any Oscars, but the punchline is homegrown…and will resonate with many people. No prices, no hard sell, just a gentle humorous nudge. Which works, I think.”

Responses on Twitter confirm that local viewers have indeed found the story of the aspiring Venda vendor hilarious: