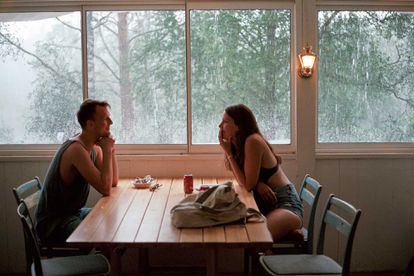 With Valentine’s Day around the corner, dating is looking to be different and harder than ever before.

How to date more effectively

A 2017 study revealed that people’s dating behaviour would indeed change if they were worried about the risk of infectious disease. And here we are three years later fighting a pandemic. So, while making physical contact with someone else can be quite scary and pose health risks because of COVID-19, how exactly are singles safely and effectively dating?

Skipping out on the first kiss

Experts advise against kissing someone you’ve just met. Kissing is out of the question for many people with comorbidities and so the risk of a first kiss is massive.

“I wasn’t exactly single when we went into lockdown,” a 20-something male reader told All4Women. “I started dating my then-girlfriend in December. Her being a nurse was a plus until the pandemic hit. I live with my mother, she’s a pensioner and diabetic, there is no way I could see my girlfriend who is on the frontline every day and expose my mother. I wasn’t able to support my ex the way she needed then so I wasn’t surprised when she broke up with me. I’ve been single and not so ready to mingle since then. The thought of sharing a kiss with a woman at the end of a date and landing my mother in ICU is insane!” he added.

Online dating is the best option

It seems that online dating is the best option in a pandemic with experts saying romance has ultimately moved into an online space.

The BBC tells the story of Ben, a 27-year-old actuary living in Bristol, in the UK who was initially sceptical about the idea of online dates. But with few alternatives, he soon began to embrace this new dating trend and even find some advantages of it.

“One of the main problems with dating apps is that you have no idea what the other person is really like before you meet them,” says Ben, who asked to withhold his full name in case potential future dates found it while searching him.

“There’s nothing more awkward than meeting someone in a bar, and finding within the first five minutes that you have no chemistry. With video dates, it’s a bit more relaxed. You can have a chat and a drink from your own homes, and if you don’t get along, you don’t feel like you’ve wasted an evening.”

Every date is more precious

Behavioural scientist Logan Ury, who works as director of relationship science at dating app Hinge, has also noticed a change in how people are approaching online dating. Pre-pandemic it was common for people to use the app to continually move from person to person. But as social restrictions came in, people have began spending longer getting to know each other in the virtual world before meeting. This has meant that when they did finally get to meet in person, the encounter carried more importance in their minds.

“The pandemic has meant that every date becomes more precious,” says Ury. “I’ve seen people enter into relationships for the first time in a long while, because they had fewer distractions, and the person they were dating became more valuable to them. “Those people had broken a habit of always moving onto the next one, viewing the grass as always being greener on the other side, and that change probably would not have happened without the pandemic.”

Before physically dating, daters told Elizabeth Segran of Vox that online matches would have “the talk” about what they feel comfortable doing on a date, which many said felt reminiscent of conversations about sexual boundaries. Should they remain masked the whole time? Is indoor dining out of the question? One woman in her early 20s told her she was stunned when her date hugged her at their first meeting.

They hadn’t discussed doing that, and it felt strangely intimate after so many months of not having any human contact. It quickly became clear that they were not compatible, and she said the disappointment stung more than usual because she had sunk more time than usual — and taken so many risks — to meet this person.

A romantic Valentine’s date can be tricky. Although getting a clean COVID-19 test before every kiss is unlikely, but taking precautions can keep things safer. Therefore, if either of you thinks you could be infected, it would be best to keep the romance online.