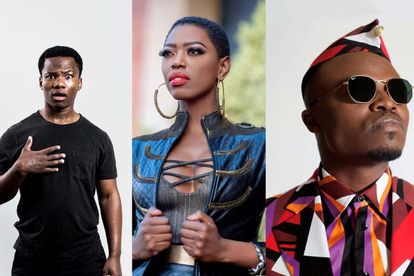 ‘GOOD NIGHT FRIDAYS’ ARE BACK

With a successful 15 year career in music, the talented singer-songwriter Lira needs little introduction to music lovers. She will be joined on this digital stage by African pop sensation Tresor and fans can expect to hear many hits off his multi-award winning albums. Completing the digital trio is comedian Loyiso Madinga who will keep viewers entertained in his role as MC.

To be part of the free concert, all you need to do is to link up via your smartphone, tablet, laptop or TV. You can find the link to the concert by going to the V&A Waterfront’s website page https://www.waterfront.co.za/.

Loyiso Madinga is the South Africa correspondent for the international show, The Daily Show with Trevor Noah. He has quickly risen to being a certified international comic. Loyiso has represented South Africa at the Montreux Comedy Festival (Switzerland) and Busan Comedy Festival (Korea). He has also performed at a Live LOL Recording (produced by Kevin Hart) at the Montreal Comedy Festival. Loyiso has written and performed on the two-time Emmy finalist satire show, Late Nite News with Loyiso Gola and also written and performed on the hit sketch show, Bantu Hour.

Tresor is an African Pop Maverick, known for his distinct sound, which has won him Best Pop Album of the year award for debut album VII; sophomore album The Beautiful Madness; and more recently for his album Nostalgia; at The South African Music Awards in 2016, 2018 and 2019. Tresor (French for “treasure” and pronounced “Trezor”) is a multi-award winning and platinum-selling 2015 breakout singer-songwriter. His songs reflect a peregrine of life shared by so many on the continent of Africa, but few are able to express their experiences in a way that captures the ear so universally and directly. Orphaned at an early age, he left Goma in the Eastern after finishing high school. Tresor then headed for Durban in 2007 with the sole purpose of pursuing a professional music career. He is also an ambassador for the Nelson Mandela Children Fund and also a United Refugee Agency ambassador advocating Refugees rights.

Lira is a world-renowned singer, songwriter, actress, model and entrepreneur. Her career spans over 15 years with six studio albums; three live DVD’s; an autobiography, a seven-part documentary TV series and a full feature movie. Her genre of music ranges from Pop, Soul to RnB. She has performed in many countries including Fiji, Botswana, USA, Swaziland, Germany, Namibia, France and Italy to name a few. Lira released her first biography in November 2013 in celebration of her tenth anniversary in the music industry. The book aptly-titled “Making Her Story” gives fans an opportunity to get an in-depth look into the life of Lira and gain knowledge about her and her road to fame through the eyes of the people closest to her. Lira is also one of the four judges on South Africa’s The Voice. Her international accolades include a BET Awards nomination for Best International Act (2012). She was awarded the Gov. Juan F. Louis Hospital and Medical Centre Award for her contribution to the Woman and Children’s Conference in the Caribbean (2012). She was also awarded the Channel O Award for Most gifted female artist video (2011) and was nominated for an MTV Africa Award for Artist of the year (2009).