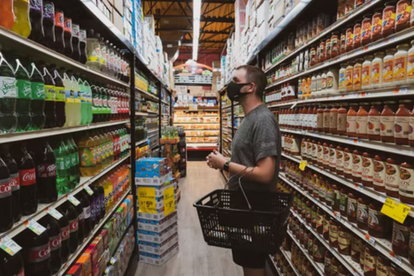 People in the UK are turning to shoplifting as the rising cost of living cripples them. Image via Unsplash

People in the UK are turning to shoplifting as the rising cost of living cripples them. Image via Unsplash

Supermarket owners in the United Kingdom (UK) have shared that there has been an alarming rise in incidents of shoplifting as people struggle to keep up with the cost of living in the country.

According to reports, the shoplifters are mostly first-time offenders which might be an indication as to how desperate people have become to maintain their normal standard of living and put food on the table.

In response to these developments, experts and officials have beckoned officials to do more to help British citizens survive the cost of living crisis.

Rise in theft cases as UK consumers turn to shoplifting

People across the world have been affected by the war in Ukraine which has caused prices of many things such as oil, foodstuff, and fuel to skyrocket.

The British are bearing the brunt as much as the rest of the world and have resorted to stealing from local supermarkets to get by.

Supermarket owners have complained that there are a high number of first-time shoplifters hitting their stores and they are getting away with low-value items such as washing powder and shampoo.

The first-timers are singled out by the fact that they only steal the basic things they need while professional shoplifters tend to steal high-end products such as alcohol, razors, and other items, The Grocer reveals.

“A store manager reported shoplifting starting to rise across every day and low-value items ‘that you’d find in your weekly basket’ in contrast to the more regularly targeted luxury, high-cost items.”

“The other day we stopped a pensioner who was trying to steal things like washing powder and shampoo. With the cost of living, people are going to have to start making choices,” another supermarket owner told the publication.

Andy Cooke, the new policing watchdog in the UK, has asked his officers to use their own discretion when it comes to dragging shoplifters in front of a judge – especially if they are “stealing to eat.”

He also stressed that he is not “giving Carte Blanche for people to go out shoplifting”.

Food poverty expert and Ulster University senior lecturer Dr Sinéad Furey agrees with Cooke and says that effective policy solutions are needed that can ensure that sufficient income is put in people’s hands in a dignified way so that poverty and resorting to crime do not become mainstream means of securing the most basic essentials of living.

Meanwhile, shop owners have been tasked with finding ways to minimise shoplifting by introducing padlocks, CCTV, and security gates in their shops.