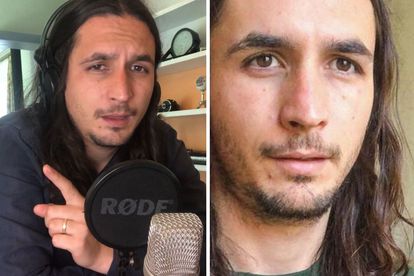 The Kiffness has raised over R1 million in humanitarian aid for Ukraine.
Image via Twitter
@thekiffness

The Kiffness has raised over R1 million in humanitarian aid for Ukraine.
Image via Twitter
@thekiffness

It all started with a remix of an age-old folk song from Ukraine for South African music act The Kiffness. Six months later, the catchy, hit song has generated over R1 million in cash which will be donated to humanitarian aid for the war-torn European country

ALSO READ: ‘Shout out to the sun’: The Kiffness gives solar energy update

THE KIFFNESS RAISES OVER R1M

In March, The Kiffness – whose real name is David Scott – sampled a Ukrainian traditional song sung by Andriy Khlyvnyuk.

At the time, he revealed he had cancelled his tour of the US to take up arms for his country.

The clip caught the attention of The Kiffness, who added their own unique touch to it. From it, the Ukrainian Folk Song Army Remix was born, by “The Kyivness”, as they jokingly called themselves.

The Cape Town singer revealed that all royalties generated from the remix would go to humanitarian aid for Ukraine’s Armed Forces.

Six months later, The Kiffness has raised an amazing amount of over R1 million for Ukraine aid.

On Thursday, he tweeted: “Glad to say that this song has raised over $70k (R1.23m) for Humanitarian Aid for Ukraine since it was released at the start of the war in March”.

The mash-up music video of the folk song remix has gone viral on YouTube with over 12 million views. According to Texx and The City, the song was featured prominently during the Trafalgar Square Protests in London in March.

Meanwhile, The Kiffness has revealed that he is planning a trip to another European country: Germany.

The muso will be performing live in 5 German cities in October, two of which are already sold out.