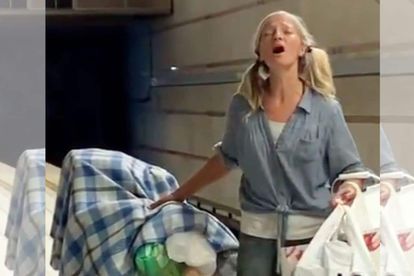 A homeless Russian singer who went viral for her incredible performance in a Los Angeles subway just scored a major record deal.

The woman, who is now known as the ‘LA Subway Soprano’ captured the hearts of various people over the world after her impromptu performance went viral. Yes, Emily Zamourka landed the record deal after the Los Angeles Police Department initially tweeted a video of Zamourka singing opera at a subway station.

Zamourka has reportedly scored a major record deal with Joel Diamond. Diamond told news outlets that he drafted an offer letter for Zamourka in the hopes of making a “huge classical-EDM crossover hit record for the subway soprano.” Diamond said the first record will be called “Paradise” and released on Silver Blue Records, the record label he founded in 1973. Along with the record deal, two GoFundMe campaigns have raised thousands of dollars for Zamourka.

According to reports, the songstress moved to the US 24 years ago, and made ends meet by teaching violin and piano lessons – until she fell ill and couldn’t afford medical care. So the down-and-out musician began playing her violin on the street in downtown LA for cash, but the instrument was stolen three years ago.

In South Africa an Uber driver who went viral after serenading a passenger while on duty, just released his first song and is trying to make waves not only in South Africa but Hollywood as well.

Gauteng resident Kim Davey initially shared footage of Uber driver Menzi Mngoma singing opera on Facebook. In the post, Mngoma breaks out in song while driving her to her destination. Davey made it clear that she wants to help Mngoma find professional agents to further his career. As of now, the video of Mngoma singing in the car clocked in over 700 000 views on Facebook alone.

Sowetan Live reports that Mngoma said his life had changed for the better after going viral in SA.

Mngoma will perform at IPOP, a five-day talent convention, hosted in Hollywood later this year. He said he would be among thousands of artists from around the world who would be showcasing their skills.

“There will be 200 agencies who will be scouting talent. I think I deserve to be there so I can be a recognised international singer,” Mngoma said.

For Mngoma to realise his dream of going to Hollywood he needs help and is currently fundraising for the trip.

Mngoma said he was still an Uber driver and still enjoyed his job.